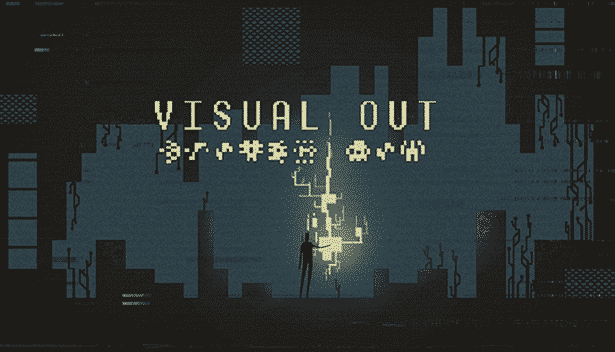 Visual Out the official release date for Steam and itch.io games, priaced at $9.99 USD on March 15th. Which is a unique exploration-driven platformer by MadameBerry.

Since players take the role of an escaped program. While having to traverse different sectors of an obsolete and dying computer. Gaining abilities that reveal hidden areas. Also facing glitch enemies, controlling the flow of electricity, and more.

So it is up to you to uncover the secrets behind the computer’s. Hence its creator’s – demise. The game lets direct combat take a back-seat. While focusings on using abilities to outsmart enemies and manipulate the environment.

Since the gameplay seems to resemble visuals of old-school games. So players will have to remember, this is a metroidvania and exploration is key. But the games aesthetics stem from those of classic titles. But be aware….

Visual Out began as a Ludum Dare entry in December of 2014. With the theme “Entire Game on One Screen”.
Since receiving positive feedback and taking some time to redesign. The games development resumes without Ludum Dare requirements. While giving MadameBerry a chance to seek funding through her Patreon. Using the fund tocommission music and cover other development costs.

Visual Out will launch on Steam and itch.io on March 15th 2018. The metroidvania games release will be available for Linux, Mac and Windows priced at $9.99 USD.