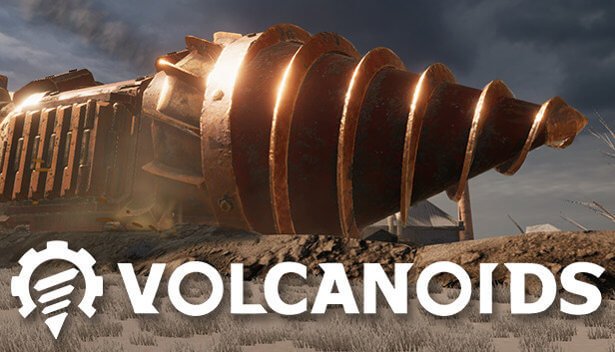 Volcanoids is first person base building survival game for Linux and Windows. It seems Volcanoids Studio is looking to encourage more players. And hopefully tryout their debut title. Currently available on Steam.

Volcanoids if you miss the previous post. This is a first person base building survival game. One that also takes place in a Steampunk world. Currently available in Early Access via STEAM. Volcanoids quickly ranked up some impressive reviews. Although now reviews seem to be Mostly Positive.

But Volcanoids has a new update this week. So the expected testing and bug fixing. Some game polishing so it’s running on 100%.
The same applies for all sorts of balancing. Also value tweaks around gameplay experience. Plus community testers and the developer. Both are going through the game looking for bugs. Plus more things that need improvement.

The final build for Volcanoids 1.17. This should be here within a week or so. If nothing major shows up. The mews we can all expect the new update.

The drillship crew and their locations around the island. So now the COG’s are a lot smarter and focused. So if you are looking to raid a drillship. Just make sure you also know what type it is. Since refinery COG’s are deadly up close. But much easier to waste away in open field.
Also, it’s better to wait until all crew members leave the drillship. Since chances of survival in Volcanoids will be better.

Plus you can use COG drillships to produce items. You know creating item your drillship cannot produce yet. So make sure to produce extra ammo.

Also, Quests are completed for Area 1 now. The developers keep testing them in every aspect. Since there were many extra actions that players had to do. Which are now removed.

New quest log allows you to repeat certain quests. Which is new. Giving fans more reason to praise the game. Since the developer continues to release updates. And better gameplay.

Volcanoids offers the tension and thrill of surviving volcanic eruptions. Where bursts of time in between are a valuable resource to your cause. Roam the island and gather materials. While you discover new technologies and utilize production.
Take the vantage point from your mobile base. Stay safe underground or choose a location rich on material to explore. A drillship can serve as a factory and armored base as you play. Automate production and research technologies. Create a perimeter of defence. Transform your customized drillship into a powerful base. Hostile race of robots must be dealt with swiftly. Their units are quickly infesting areas above as well as below ground.

Volcanoids is available on Steam for Linux and Windows. The games also priced at $19.99 USD.