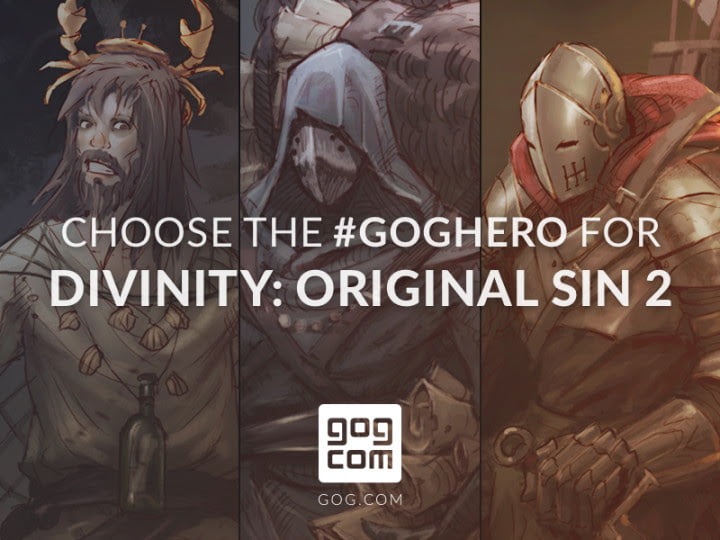 Together with LarianStudios, we invite gamers to choose the future GOG hero – a #community-inspired character to be featured in Divinity: Original Sin 2 for #Linux, Mac and Windows PC, heading day-one to GOG.com.

Back in October, we asked the community to help create a GOG.com character with a unique quest in Divinity: Original Sin 2. We collected tons of incredible ideas, while the talented team at Larian Studios designed three characters to embody the most awesome of those traits and concepts:

– Fadeland Johns: The veteran masked adventurer drones on about her exploits in the old world. How the young people of today don’t know nothin’. She’s going out into the world to show ’em how adventure is done proper. Just as soon as she finishes this drink.

In anticipation of the sequel, Divinity: Original Sin – Enhanced Edition now features full support for GOG Galaxy, including achievements and multiplayer – you can grab it at 50% off for a limited time.

Divinity: Original Sin 2 crowdfunding campaign has been a huge success