Unity 3D have released the first #developer #preview using the upcoming Vulkan API. Vulkan as we all know is a next generation #graphicsAPI that is set to provide a greater efficiency and cross-platform access for modern GPU’s, both on PC’s and mobile. 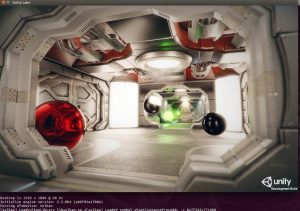 The main benefit of the Vulkan API is to take advantage of multiple CPU cores and allow the application to build command lists in multiple threads in parallel, at least that is the technical term. This allows an application to take advantage of all of the CPU cores on the device and improve graphic performance. The Vulkan API preview release uses this and will issue a large performance boost even running the renderer in a single thread. In one of the internal benchmarks Unity developers are seeing up to 35% improvement in frame times on Android. We are hoping this has will expend to Linux, with the same or greater performance.

Those who are developers or just like mucking about with Unity, check out the experimental build here. The build is based on Unity 5.5 beta 4 release. We see Windows and Mac support here, so just a heads up.

This preview build has Vulkan support enabled for the following targets:

On Linux, only the Nvidia GPU’s have been tested. You’ll need to have libvulkan1 installed (either from your distro or via the LunarG Vulkan SDK) and recent enough drivers (367.x or newer). However, we’ve seen random hangs when transitioning from the splash screen into the game itself. So when testing this experimental release, you might consider disabling the Unity splash screen, if you have that option.

This is huge, finally Unity 3D has incorporating the Vulkan API in their editor.