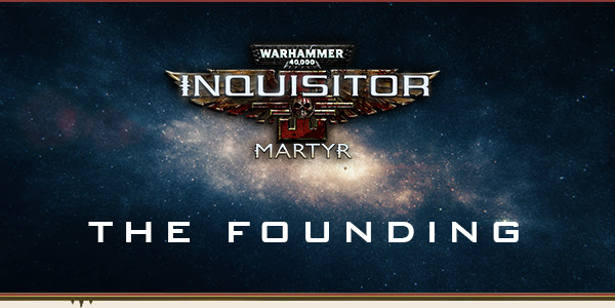 So Neocore Games is proud to announce that Warhammer 40,000: Inquisitor – Martyr‘s alpha, called The Founding, will be available today. While not to be confused with the Dawn of War II games.

While is Windows PC game, which means Linux players should be able to play it in Wine. Check out the trailer:

Since the war is upon us. The forces of Chaos are moving against the Caligari sector and it’s up to our Inquisitors to stop them. Neocore are very keen to announce that Warhammer 40,000: Inquisitor – Martyr‘s action RPG unique founders’ campaign launches today.

‘The Founding’ is designed for players who would like to follow and influence the development of the game. Hence helping Neocore form the very first action RPG in the Warhammer 40,000 universe. ‘The Founding’ packages will become available on the  official site today. And since there will not be a Linux release available, players should be able to play in Wine. Which we did NOT test, yet.

More than that the fourth episode of our short story series, called The Caligari Archivum, is already available at Black Library for FREE.

Neocore Games is an independent video game development company founded in 2005 with its headquarters located in Budapest, Hungary. Best known for The Incredible Adventures of Van Helsing series and Deathtrap and currently working on Warhammer 40,000: Inquisitor – Martyr. The very first Action RPG set in the Warhammer 40,000 universe. NeocoreGames also developed Crusaders: Thy Kingdom Come, The Kings’ Crusade and the King Arthur: The Role-playing Wargame series.