Independent developer Fatshark announced that Warhammer: End Times – Vermintide, the #cooperative #action first person shooter and melee #combat adventure set in the End Times of the iconic Warhammer Fantasy universe, launching on Steam for Windows PC on October 23rd and is now available in pre-order in a Standard and Collector’s edition.

“We are so excited to announce that co-op fans can join the heroes of Ubersreik in the fight against the invasion of Skaven this October”, said Martin Wahlund, CEO of Fatshark. “This is by far our most ambitious game yet, and a huge passion project for everyone on the team. We can’t wait to share our work with everyone and look forward to hearing what you all think of Vermintide come October/”

In Vermintide, the city of Ubersreik is under siege as players select from a band of five heroes with different play-styles and abilities, all equipped with unique gear and personalities. Working together cooperatively, players must use their individual attributes to survive an apocalyptic invasion from hordes of relentless, power hungry Skaven, across a range of environments stretching from the top of the Magnus Tower to the bowels of the Under Empire. Vermintide is scheduled for release in Q1 2016, for the Xbox One, all-in-one games and entertainment system from Microsoft via the [email protected] self-publishing program, and PlayStation®4 computer entertainment system.

All of this sounds really impressive. The gameplay and content on the Fatshark YouTube channel is both immersive and visually stunning. But what about a Linux release?
Linux Game News reached out to Fatshark in hopes of solidifying a Linux port. The game engine being used for Vermintide is Autodesk’s new Stingray engine. An engine we introduced to you last month, which currently only supports Windows PC, with other platforms in the works.
That being said, Fatshark had this to say, “No support for Linux or Mac right now. We are developing the game for PC, XBoxOne and PS4 but we have not ruled out other SKU’s in the future but it depends on the support from Stingray and also on the base sales of Vermintide on PC.”

Some of these details are almost A-typical, when it comes to the replies we receive regarding Linux support. Windows PC for the initial release, followed Linux and Mac later. However this case, the reply seems more positive, as Fatshark have the aspiring interest, but much of this has to do with platform support being offered by Stingray.

Vermintide is currently available for pre-order the Base or Collector’s Edition through Steam, players will get 10% off either the Base or Collector’s Editions and a Beta Key that will provide beta access to Vermintide prior to its commercial full launch. The base edition of Vermintide will be available for $29.99 / €27.99 / £22.99 and the Collector’s edition for $44.99 / €39.99 / £33.99 that will include the official Soundtrack by award-winning composer Jesper Kyd, wallpapers, an Ubersreik Map, behind the Scenes pack containing all developer diaries and exclusive in-game items including 5 Exclusive Hats (1 for each Hero) and 2 Prestige Trinkets.

In the run up to the release of Warhammer: End Times – Vermintide, Fatshark will undertake a series of closed and open beta tests. To sign up, visit: vermintide.com.

To secure your pre-order please visit the Warhammer: The End Times – Vermintide on Steam.

Keep in mind, we have not tested gameplay using WINE or Play on Linux. And LGN is still waiting on a reply from Autodesk regarding support. 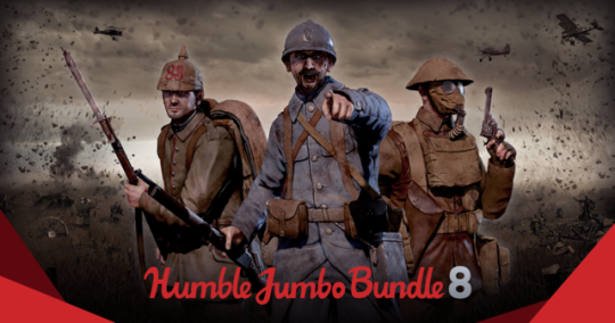