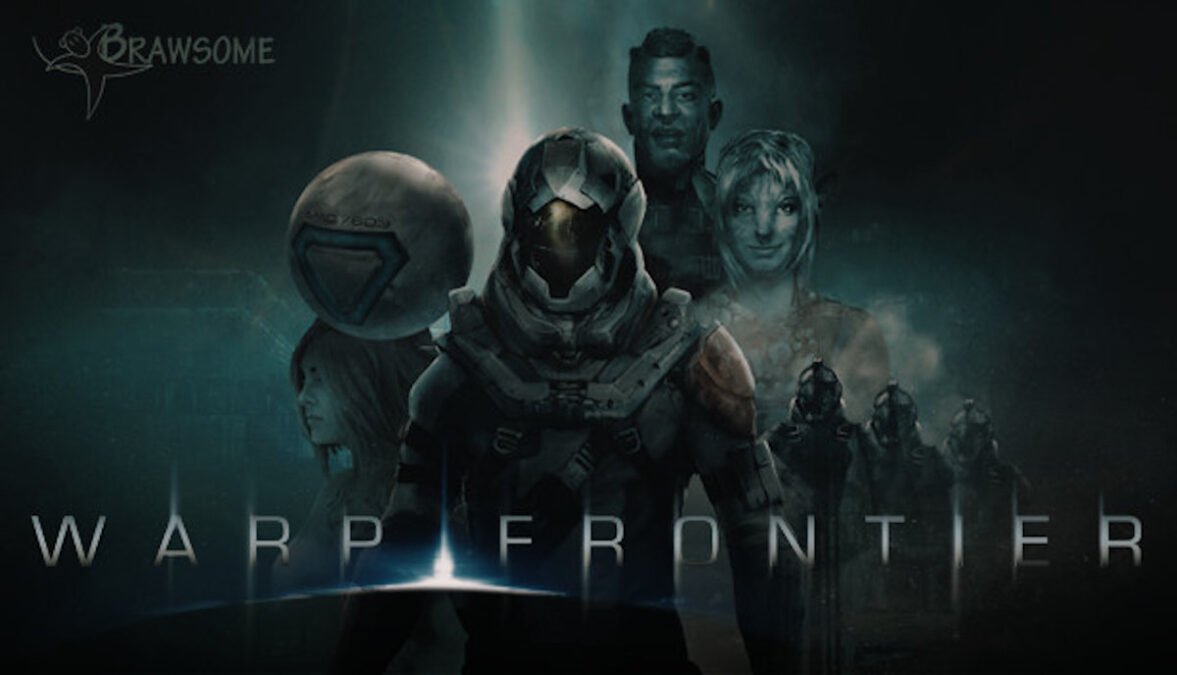 Warp Frontier point and click adventure dev leaning strongly towards a Linux port with Windows PC. Thanks to developer Brawsome who is gearing up the games release. Due to make its way onto Steam this year.

Brawsome’s first adventure game release in over 10 years, will be this year. Warp Frontier is a sci-fi cop drama taking place in the year 2215. All taking place in orbit around humanity’s newest extrasolar colony. The game also has a uniquely Australian feel. While featuring a mainly Australian voice cast. Warp Frontier was developed entirely remotely from Andrew Goulding’s home in Melbourne Australia. With most of the development taking place during the pandemic. Offering up a cool 6-8 hours of gameplay, with nearly 30 characters, and fully voiced. Which equates to about 4,000 lines of dialogue.

Asking about a Warp Frontier Linux port via the Discussions post shows interest. Stating that it’s not terribly difficult. Likewise, I reached out to Brawsome via email regarding Linux and an ETA.

TBH I still haven’t fully committed to it [Linux], but I’m leaning strongly towards it.

The game engine that is used for Warp Frontier development, Unity 3D. As a result, it’s the custom shaders created by Brawsome that still need testing. Which could start as early as July, but it may be more like August. This means that Linux support is going to be in progress.

Warp Frontier is Brawsome’s first departure from the comedy of the award winning Jolly Rover and MacGuffin’s Curse. Both games only have Mac and Windows PC support. Now working to offer a more serious drama, with a light sprinkling of puns and dad jokes. Warp Frontier takes inspiration from realistic sci-fi such as The Expanse, and Altered Carbon. With 2D art hand painted by Matt Martin. And also a soundtrack by Thomas Regin.

Warp Frontier follows the story of Vincent Cassini, a decorated war hero. Although still just a Captain in the police force he started. Vince is patrolling the orbital slums of his home planet Cetus, when he stumbles across a lead in a war crime. This results in the mysterious vanishing of thousands of Cetans. Including his first wife and best friend. Captain Cassini and his robot partner MAC, must ally with morally questionable characters. All due to stop an old enemy before their crimes are erase forever.

Players solve puzzles, in point and click adventure style. At the same time work through branching stories. While managing Vince’s relationships with his family, allies, and enemies. Decisions players make in conversations and the order in which they undertake tasks result in outcomes that could cost the lives of thousands. Player actions ultimately decide what type of father, partner, friend, officer, and saviour Vince will be.

Warp Frontier point and click adventure is due to release on Windows PC. However, a Linux port will be in testing soon. In the meantime, feel free to Wishlist the game on Steam.

MacGuffin’s Curse puzzle adventure to get a port