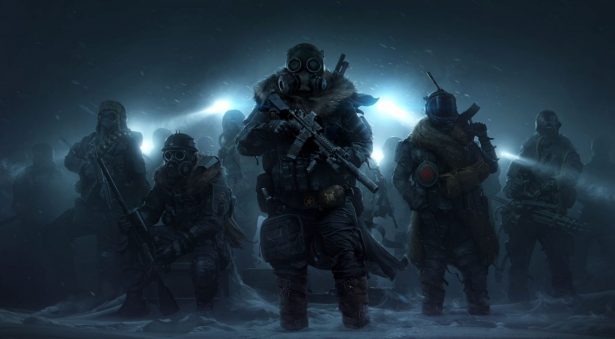 When Wasteland 2 was announced, it was noted that fans had to wait close to twenty years for the #sequel. That launch was a big deal and an enormous arrival when Wasteland 2 the isometric-styled #RPG, brought back that classic #gameplay. A hugely successful crowdfunding campaign kicked off after the announcement, a trend that still continues today. So it should be no surprise to fans interested in another sequel, but this time we can take away that twenty year gap. inXile Entertainment just announced plans to develop Wasteland 3, which will be funded via Fig crowdfunding campaign next week.

Wasteland for those who do not know, is a post-apocalyptic RPG strategy series that follows Desert Ranger squads who bring order to the damaged lands. The first game came as a source of inspiration for game developers, Fallout certainly comes to mind. Wasteland 2 itself received a lot of hype and praise for the story, writing and updates to gameplay system. In other words, a huge success.

So what about Wasteland 3? The new sequel follows the survivor of Team November from the Ranger squad stationed in Colorado. A nuclear winter turns the state into a frozen land which alienates this area from the outside world. Survivors do not even know about the Rangers at all, this goes hand in hand with several deadly factions the Ranger must respond to and establish a new Colorado base. This also grows and changes based on player action in the region.

Wasteland 3’s biggest gameplay change will be a story-based multiplayer. Where players can share the full campaign experience with a friend that shares your story missions, making it far easier to take on and accomplish objectives fast. The benefit of the multiplayer gameplay, one player can even continue the missions while the another is offline, which could alter the world in game a great deal by the time the other player returns to the game.
If you are the sort of gamer that prefers singleplayer gameplay only, Wasteland 3 will still feature an offline mode. However, having that in-game partner create a whole new venue of options, gcing access to various missions, story changes and locations.

Wasteland 3 will be developed by the same team that worked on Wasteland 2, Wasteland 2: Director’s Cut, and Torment: Tides of Numenera and is expect to feature systems used in all three games. Offshoot storylines will be a big focus, even details such as a recreated dialogue-tree developed by the Torment writers. inXhile will also update the combat system with a greater focus on vehicles, environmental hazards and streamlined action system.

Wasteland 3’s crowdfunding campaign will launch on October 5, 2016 through Fig. Given inXile’s reputation in the marketplace, they they have successfully delivered on crowdfunding promises, it is likely the project will be fully funded on day or just after launch. And yes Wasteland 3 is set to make a simultaneous release on Linux, Mac, Windows PC, PlayStation 4 and Xbox One. 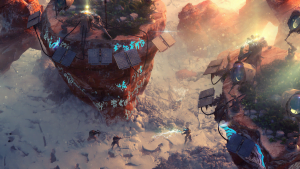 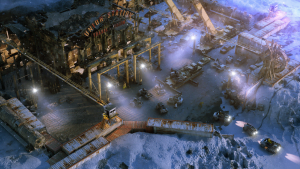 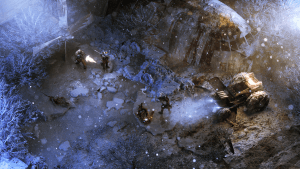