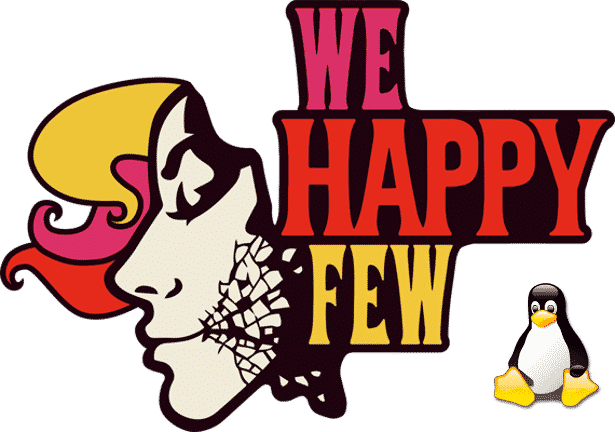 We Happy Few dev now delays the Linux release until 2019. Compulsion Games announced the news in a recent Steam post. Which means we’ll have to wait a bit long for the Linux debut for this Unreal Engine 4 title.


The port for We Happy Few was in progress and expected to release before the end of 2018. At least according to the news at the beginning of September of this year. Since the game released for Windows at the beginning of August. But the new details look hopeful, but do lack an actual release date.

“We do have some remaining Kickstarter promises to fulfil. These include sandbox mode for We Happy Few. And also Mac and Linux versions.Compulsion currently have a running Linux version that will be available for testing in the new year. Who are also looking for development partners for the Mac version, as we are not Mac specialists. But understand this is taking longer than anticipated and we appreciate the patience with this; having a more solid core game (particularly on the optimization side) was critical before getting to work on these two versions. Sandbox is coming to the end of its development, and we’ll be sharing what this is soon.

We are also super excited about the coming Season Pass content, as this is an opportunity for the team to have fun and run wild with crazy ideas, while also celebrating some of the fan’s favorite characters from the main game. We hope you’re going to love them.”

Well at least Sandbox mode sounds interesting. Although details are not available yet for We Happy Few. But the hopes are still out for a Linux testing branch.
While the Season Pass content teases three new add-on’s to the game. Hopefully this content will be inline with the native release and cut down on any further delays.

Also, for those who do not know. We Happy Few is the tale of a plucky bunch of moderately terrible people trying to escape from a lifetime of cheerful denial. Set in a drug-fueled, retro-futuristic city in an alternative 1960’s England, the player must blend in with the city’s other inhabitants, who have their own set of not-so-normal rules, to survive and escape. Currently announced for Xbox One, Windows, Mac, and Linux.

We Happy Few is still coming to Linux, the dev just delays the testing branch a bit further. But until that time, the base games also discounted 40% in the Steam Winter Sale and on GOG. If you are waiting for the Linux release to be available, then WISHLIST!!