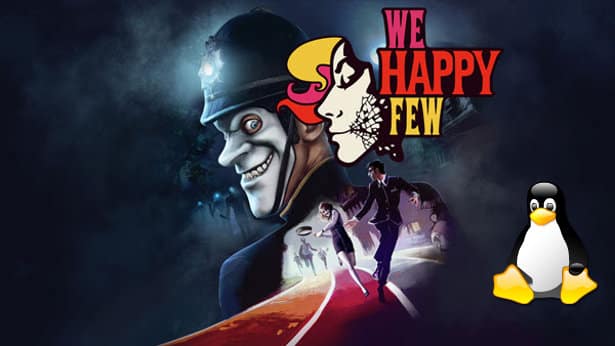 We Happy Few has an official release date, but the Linux build is still unknown. While Gearbox Publishing is eager to announce that the game will released on August 10, 2018 for Windows. So we reached out to Compulsion Games directly, only to get an interesting reply.

Linux release for We Happy Few:

The game will launch on Xbox One, PS4 and PC on August 10th but Linux will come at a later date that we haven’t announced yet.”

So the August 10th release will not include Linux support. We Happy Few has been available on Steam Early Access since July 26, 2016. But somehow this Unreal Engine 4 title still does not have a Linux build. And clearly Compulsion Games do not have have a release date, other than Windows. This is also the second of two emails from the developer confirming the August release details.

So in case you do not know We Happy Few. Gameplay features an additional 20+ hours of narrative-driven gameplay. Players take on the roll of three uniquely flawed characters. Who are also coming to terms with their past and uncovering the secrets of Wellington Wells. The island off the coast of England that seems to have been cut off from the rest of the world after World War II.

Set in retrofuturistic 1960’s England, players will find a city ravaged by war and rebuilt by delusionally happy people. Everything appears joyful in Wellington Wells, including its roads, its people, and its omnipresent television personality: Uncle Jack! But, it’s actually a world on the brink of collapse. Unveil its dark history, and discover how and why its residents came to be so beguilingly happy.