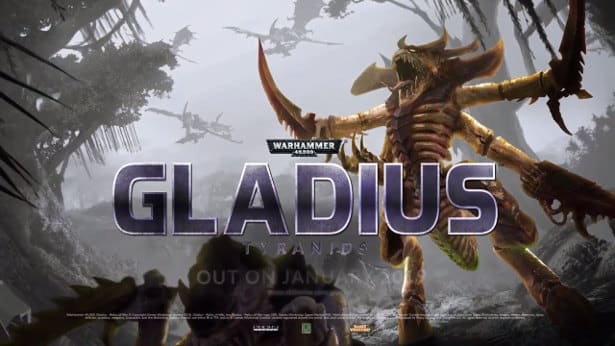 WH40K Gladius has a new DLC called Tyranids announced for Linux and Windows. Proxy Studios reveal the next DLC for WH40K Gladius. The first (and still the one) 4X set in WH40K universe. Expanding the turn-based strategy yet again.


Since Gladius Prime is a planet in a never-ending state of war. Space Marines, Astra Militarum, Orks and Necrons all fight relentlessly to conquer the ancient prizes on Gladius surface. Yet something worse lurks in shadows. The feral Tyranids will also roam the planet surface soon. While all life on Gladius will soon shudder in fear.

Now is time to unleash the purple unholy tide of the worlds-eater Tyranids. Since this is a full new faction you can face and fight, or lead to conquer the planet.

Since the new DLC will arrive in January, there is no release date as of yet. But expect the new content on Steam, GOG and Humble Store for Linux & Windows.