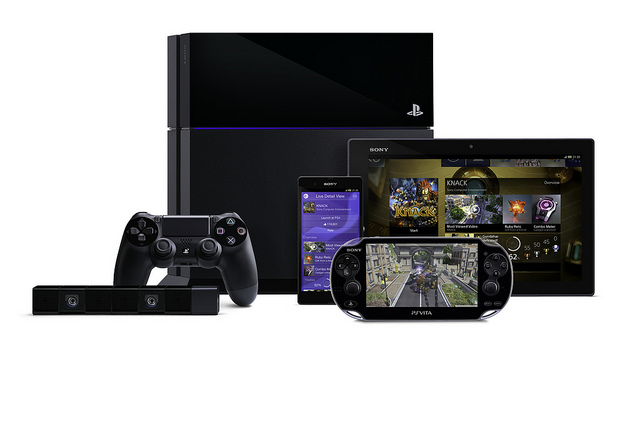 Did you miss the biggest games story of the last seven days?

If you play your games on PlayStation, you probably did. PC developer Valve Software has told its development partners they can now freely #discount the #prices of their games on the Steam download store.

This is big news, but Valve didn’t make a song and dance about it. The announcement came in the form of a forum post, tucked away in the private SteamWorks community pages.

The Valve poster explained that developers can now set a discount price for any of their games already available on PC, Mac or Linux. Any third-party partner, from Activision to Zombie Studios, can even schedule week-long sales up to two months in advance.

Before this, reductions on Steam required discussion with a Valve representative, who would (and still can by request) offer their advice on what price to set for the game, and then approve it. From now on, no one needs to be consulted.

So why does this matter to PlayStation? Because Valve has just triggered a downhill sales race on Steam.

Many developers, understandably eager to seize the spotlight in front of an audience of more than 75 million PC gamers, will give in to the temptation to go low, driving others to go even lower.

And on it will go, much like it did on the App Store and Google Play, until games are sold at fantastic (perhaps unreasonably cheap) prices just to stand out from the crowd.

While Valve is probably too shrewd to let this become a race for the bottom after the manner of smartphone games, it will almost certainly result in a vast library of games reaching new levels of affordability.

Right now, more than 130 games have been discounted on Steam: developers have been quick to experiment with price drops and see how they affects the bottom line.

Valve slashed 85% off the excellent puzzle-platformer Trine 2, pulling the price down to just $2.99. Meanwhile on PS4, you can pay $19.99 for the same game

That’s why the execs at Sony should be paying attention to Valve’s move. Because for all the good work Sony done to modernise its publishing policies, the company’s position on digital pricing is still holding PlayStation back in the digital market.

On Monday, we heard that acclaimed indie game Fez and highly anticipated Vlambeer title Luftrausers will both ship on PS Vita and PS3 in March (Fez is also arriving on PS4).

Yet both these titles will still be cheaper to buy on Steam. It’s by a small margin, but these two are representative of the hundreds of titles that come to PlayStation at a premium.

Thief, for example, costs $49.99 on Steam. It’s $59.99 on PlayStation 4. The PS4 download of Tomb Raider Definitive Edition comes in at the same price – yet the original version (which looks just as good on high-end PCs) costs just $19.99 on Steam.

It’s not that Sony isn’t trying. The PS Plus discount deals are fantastic value, as are the regular sales and monthly free games.

But the problem for Sony is that, unlike Valve, it has to keep retail partners happy as well as customers. And retailers know that as downloads get cheaper, customers will stop tolerating the high prices commanded by discs.

The result is that the price gap between PSN and Steam is not narrowing, despite Sony’s best efforts. And with Valve’s new discount policy, Sony has even less chance of gaining ground.

On Friday, just two days after Valve announced the dev self-discount policy, the Finland studio Frozenbyte decided to run its own Steam sale. It slashed 85% off the excellent puzzle-platformer Trine 2, pulling the price down to just $2.99.

Meanwhile on PS4, you can pay $19.99 for the same game. Feeling left out, PlayStation gamers?

Sony should read Frozenbyte’s actions as warning signs. The shift from boxed to digital is irreversible, and despite retailers’ efforts to cling on, the power of price control is gradually returning to developers. Sony needs to recognise this or fall further behind.

This is the sort of advantage Valve needs for Steam and SteamOS. Putting forth more freedom to the developers is a feature that hales from Linux community. Now include the cross-platform aspects of Steam and voila, the consumer has the advantage.
It is a pleasure to see Valve taking steps to ensure developers have the control to lower prices. As there are some very vivid cost factors between pc and console games.

Considering these new prices changes, how will you shop on Steam?