Windows 10 expected to lock out Linux and FreeBSD operating systems

As Windows 8 launched, #Microsoft imposed #restrictions on OEMs who wanted to display a “Designed for Windows 8″ sticker on their #products. Which meant OEMs had to ensure their machines would support UEFI Secure Boot. This was supposed to be a good security feature but it also all sorts of problems for people looking to run alternative operating systems, such as Linux or FreeBSD. Microsoft then included a solution as well as eased fears. OEMs were obligated to build a user accessible switch which could turn Secure Boot off, allowing users to run alternative operating systems. Now Windows 10 brings its own set of rules.

In a post originally reported by Ars Technica, this switch to allow secure boot to be turned off is now optional and OEMs (original equipment manufacturers) will not have to include it as an option on hardware that ships with Windows 10, a less-than-tactful change compared to Windows 8. 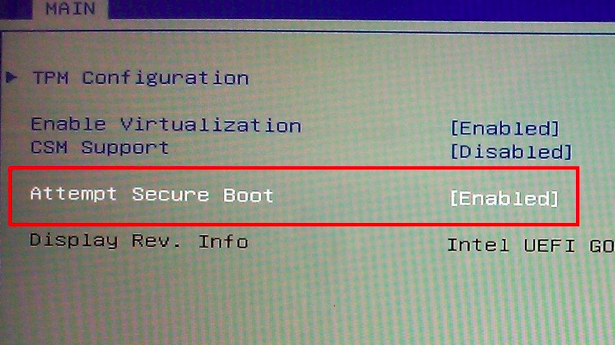 Microsoft supposedly implemented UEFI Secure Boot to protect the machine against malware that could interfere with the boot process and inject itself at a low level. When this feature is enabled, the correct cryptographic signatures are required by core components in order to boot the computer. UEFI firmware verifies the signatures before boot processes are allowed to proceed.
If UEFI detects files have been tampered with and signatures broken, the (UEFI) firmware does not allow the system to boot. So Windows 8 users who wanted to turn this security feature off, or add their own cryptographic certificates and signatures, could take advantage of Secure Boot while having freedom to compile their own OS.

At the WinHEC hardware conference in Shenzhen, China, Microsoft talked about the hardware requirements for Windows 10. The precise final specs are not available yet, so all of this is somewhat subject to change, while Microsoft says the switch to allow Secure Boot to be turned off is now optional. Hardware can be “Designed for Windows 10” and can offer no way to opt out of the Secure Boot lock down. Also assuming users will not be allowed to add their own signatures or certificates, Microsoft continues to keep silent on this topic for now.

None of these changes completely cut off Linux and the other operating systems, so there could be a scenario where the correct set of signatures are included to allow the OS to boot alongside Windows. Some manufacturers could decide to allow the switch to stay in place after all.

From the standpoint of Linux Game News, this would severely impact hardware vendor sales. Buying a motherboard or even a laptop, that would only allow Windows 10 to function while deliminating other operating systems, this does not seem marketable.