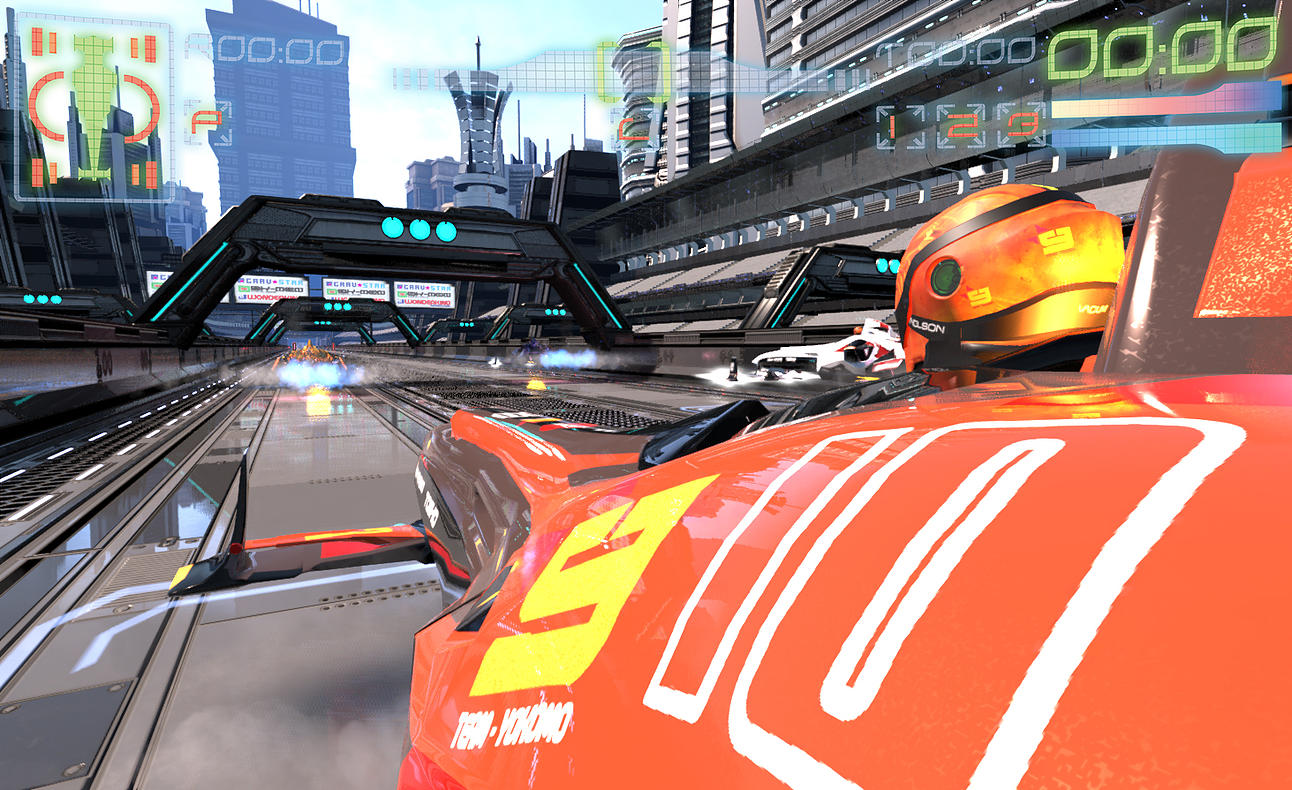 Formula Fusion is inspired by F Zero X and Wipeout – specifically Wipeout 2097. It’s the first game from R8 Games, a team composed of Sony, Rockstar and Team17 veterans. Some of its 16 staffers were members of the Wipeout development team, and their pooled credits also include Midnight Club and GTA – so there’s some racing chops there.

Earlier this month R8 Games submitted the racer (which was previously known as Slam Jet) to Steam Greenlight, and the title has been doing pretty well.

Formula Fusion Racing takes the best elements of Wipeout and F Zero X and gives the genre some real bite, taking AG Racing to the next level! The amount of speed you can gain is potentially open-ended; to the point of having an almost warp speed like quality. The game brings together experts in the fields of optimisation and performance, concept art from established film and VFX talent and a thumping soundtrack from international music artists to create a blended visceral sensation like no other!

Here’s some concept video, but note that this is a pre-production video, so it’s indicative of what R8 Games is aiming for rather than real footage.

The project will head to Kickstarter in March. In the meantime you can buy into the Test Pilot Program if your faith is strong enough; a playable PC build is expected in June. The Greenlight page does show Linux and Mac in the mix, so we are expecting good things.