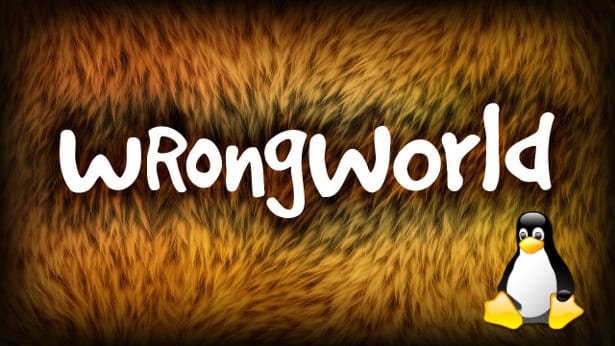 Wrongworld developer Sludj Games is holding off on Linux and Mac support. We have been working with the developer in hopes of seeing native support soon. Well there is a lengthy explanation. And the Linux port will also have to wait, sadly.

So here is the full post from the Steam post. This explains in details what Sludj Games is going through. And since this statement, I have replied to the developer via email to see what can be done with the Ubuntu install. So hopefully we have some good news there.

An attempt at Linux support by developer Sludj Games

After I got version 1.2 of Wrongworld live at the end of October, I decided it was finally time to fully focus on the Mac and Linux versions of the game. Even though I had no experience of Mac and Linux things in general. For some reason I was confident that I’d be able to get both launches together by the end of November.

I shall begin by recounting The Epic Saga of November Linux Fails (in bullet point format):

So, what does all this mean for the Mac and Linux versions? Well, it means they won’t be landing any time soon, I’m afraid. I’m really am sad about that, and I promise I haven’t given up. So I will not let these other versions defeat me, but some things need to happen first

So as it stands right now, the Linux and even the Mac build is on hold. The game engine of course is Unreal Engine 4, but Wrongworld is playable via Steam Play. And it works really well, which I did pass on to the developer. You know, as a sense of hope. And I have not tested Wrongworld via Lutris or Wine standalone.

Wrongworld is available on Steam, Humble Store and GOG for $14.99 USD on Windows. Otherwise we will have to wait for support, sadly.