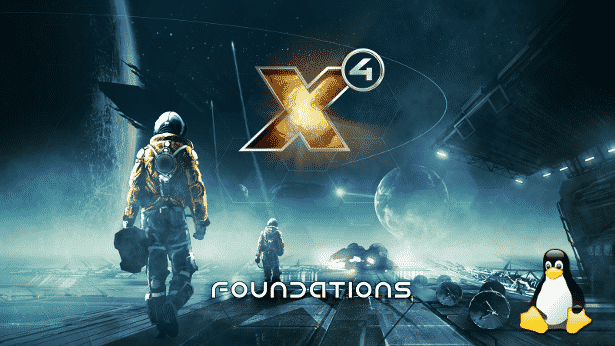 X4: Foundations Linux Beta testing will begin in February for the games coming release. So thanks to the efforts of EGOSOFT who is releasing some big patches with exciting new features. The developers are making progress with 2.0. They also want to inform the public about their plans moving forward.

EGOSOFT cover plans for X4: Foundations up to version 3.0. As well as their first expansion. Which will introduce the Split race, their ships, a new Split economy and of course a large new area of space. This is going to release shortly after launching 3.0.

“The learning curve has always been a little bit high due to the massive giant economy. But I have to say X4 is the best version of all the X Games in my opinion. The UI is way better and easier to navigate. The controls are way more streamlined.” – BlueDrake42 Youtube

The EGOSOFT Team states the following:

Already before 2.0 and in between any of the coming major patches there will also be minor steps. EGOSOFT will release bug fixes as fast as possible once they are ready to go live (which is why there will also be lots of public betas). Right now you can participate in the public beta for 1.60 here.

The next bigger update will bring, among other things, the ability to compete with the faction shipyards by selling ships to the war factions or build your own fleets.
Another focus for X4: Foundations 2.0 is to make crew training a bit easier. Crew and pilots gain experience by doing their jobs; more so in some areas than others. However, while the first two stars are very easy to gain, the progress slows down after that. Getting from the 3rd to the 4th star takes a LOT more experience than from the 1st to the 2nd.

EGOSOFT aims to release 2.0 in February.

With X4: Foundations 2.50 the aim is to bring a new ship type: Resupply ships. In short, they will work like a flying equipment dock. So you can form the backbone of a large fleet.

Linux version: The Linux beta can start somewhere between 2.0 and 2.50 already. But at the latest together with this update.

Mind you, the good news for Linux support is welcome. This does not issue a precise release date for beta testing. So it seems we are at the mercy of EGOSOFT for the time being. But I am looking forward to finally beta testing the native build.

TrackIR/Tobii support: Lots of people are asking EGOSOFT to support these tools. And while testing may start before it again. The team aims to make support available for 2.50 at the latest.

Sector blacklists: This will allow you to set up sectors that your ships will avoid at all costs.

Inventory Management: Our team would like to pack a series of improvements around managing inventory items into 2.50. This includes the ability to create and drop crates in space and possibly also to store them on stations.

As some of you may already have figured out, one cool feature of X4 is the ability to own entire sectors and even change their names. With X4: Foundations 3.0 the aim is to build upon this with a number of features to help you benefit from sector control. You can then basically become your own faction with your own set of rules.

For all updates, our team is working to create better missions. At the latest for 3.0, the plan is to have a number of new and improved combat missions in particular. An area they want to combine this with is improved research (in the player HQ) and the ability to potentially even move the player HQ to a different location.

An early gameplay feature of X4: Foundations 3.0 will improve is the ability to dock directly at a station in a spacesuit and to get other NPC ships to transport you, by offering missions to them.

With 3.0 at the latest, EGOSOFT want they want to have at least one new game start.There is a chance that this will have some interesting new features.

In December EGOSOFT released our very first online mode in an X game: Ventures. With the Updates, 2.0 to 3.0 and will also continue work on more and better online ventures. So stay tuned for more exciting online missions.

For those who want to pre-purchase and ready for beta testing. X4: Foundations is available for $49.99 USD on Steam, GOG and Humble Store.