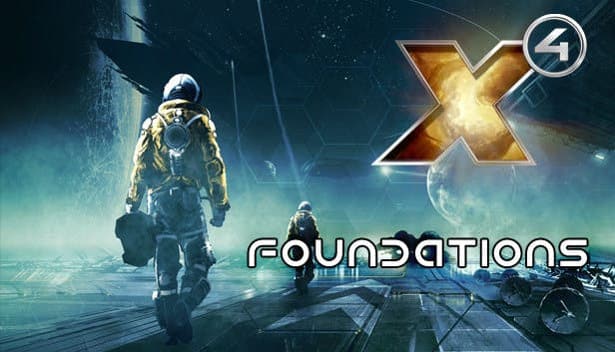 X4: Foundations most mature space simulation available on Windows, but coming to Linux games. The recent release on display in the X Series. Also getting everyone hyped. Thanks to the efforts of developer Egosoft. The games available now on Steam, GOG and Humble Store.

This is a space simulation playable as an action game. Playing from the 1st person in a living breathing universe. While X4: Foundations delivers the franchise’s most mature universe simulation ever. Players will manage an empire. And explore space in first person.
Since you can FLY EVERY SHIP, TRADE and FIGHT to BUILD your empire. This also means you can interchange station building. So think carefully when  starting on an epic journey.

X4: Foundations is a completely realistic simulation. Along with an economy that can go through massive changes. So no two universes will be anything alike. And different player game saves will be unique. Even after just a few hours of playtime.
While NPC factions are now able to freely decide for themselves. This also includes what factories and ships to build. And it is all eventually eaten up in the ultimate big economy drain: WAR. Yes this is a singleplayer game. So you are completely on your own.

“I’m afraid we are very much focused on getting the initial launch completed successfully. And haven’t planned in detail exactly when we will get the Linux beta started. As I said in my previous reply, please bear with us while the dust settles and we get a clearer picture of when we will be able to put some time into preparing it. Given that information, you can assume that it’s now pretty certain that it won’t actually be on the same day as the Windows launch.”

So if you want to check out the thread for yourself, by all means. There are people commenting on Proton use. Trying to get the game to at least launch. Sadly there seems to be an issue. Even on Windows there is already an FAQ around Vulkan.
Personally, I did launch X4: Foundations via Proton in Steam Play. But everything seems to come to a halt on the title window. Which also hangs the game on my machine as well.

Also, Egosoft did reach out to re-affirm Linux support:

This really is a realistic space simulation at the core. Which makes all player experiences in that universe so much more authentic. Since every action has the potential to influence something else, something bigger.  Things do not just happen because of the player, but because a part of this real simulation. For instance, when a ship is destroyed, it won’t deliver its goods to a factory, causing prices to increase.