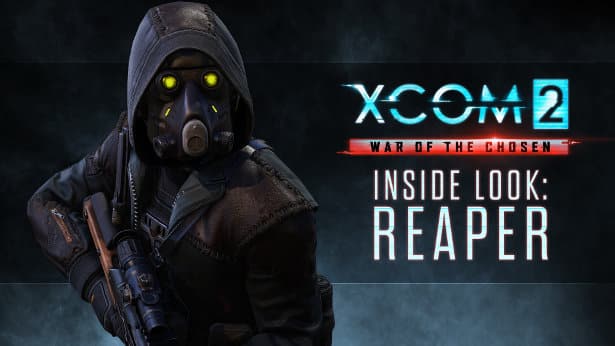 Since XCOM 2’s [offical website] new expansion XCOM 2: War of the Chosen will introduce new Factions. Players across Linux, Mac and #Windows can experiencethe #games unique pockets of resistance.
So now, #Firaxis introduce the Reaper’s. Since they are a scrappy group of human loyalists who live on the fringes of society. While mainly keeping to themselves. Therefore the hype for the August 29th release is getting serious.

XCOM 2: War of the Chosen – Inside Look: The Reaper

The Reaper faction’s roots formed in the early days of the invasion, and this group of collective outsiders has been battling ADVENT for years. While previously the Reapers have preferred to favor isolation, a new change in leadership shows the group is now willing to work with XCOM to rid the earth of the alien threat.

The Reaper unit is an infiltration specialist and stealth marksman. With its enhanced concealment mode called “Shadow”. The Reaper gains access to greater mobility options over your standard XCOM soldier. Each action taken (including firing weapons) provides a chance for the Reaper to stay in Concealment. While in “Shadow” mode, a special HUD element will show the chance for your Reaper. Therefore breaking concealment for any available action.

Reapers utilize a powerful weapon called the Vektor rifle. As well as a special Claymore explosive – a targetable incendiary device. When placed and activated. Does not cause the Reaper to break Concealment. We’ve even heard that the most skilled Reapers can attach Claymores to enemy units. Turning them into walking ADVENT bombs.

So obviously XCOM 2: War of the Chosen requires the base game, XCOM 2. Since the games currently discount 67% in the Steam Summer Sale. Who can argue with that?

Therefore expect XCOM 2: War of the Chosen a release to hit Linux and Mac shortly after the Windows release.

XCOM 2: War of the Chosen – the Linux release