Yooka-Laylee gets a new trailer showing off extra arcade games 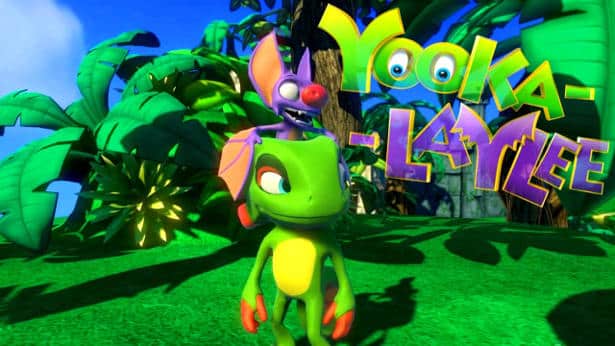 So Playtonic’s Yooka-Laylee is a #flashback tribute to #classic 3D #platformers for Linux, Mac and Windows PC. Since the studio ended up cancelling Wii-U support, they are hard at work on the remaining platforms.
While based on Banjo-Kazooie the game has a lot more to offer than just “the old hits.” And since the developer released a new multiplayer trailer. This shows off how players can play the main story mode together with a friend. Yet still jump into one of the eight extra arcade games.

Since the first player controls Yooka and Laylee, jump through the world, collecting items and battlng enemies. While the second player can control the “Bee Team.” Hence helping to collect items, stopping traps, and even stunning enemies.

So if you really want to changes things up, check out Rextro’s Radical Arcade games. Hence the eight arcade games in the dinosaur’s collection are all playable in both solo and multiplayer modes. While these come complete with music from composer Steve Burke of Kameo: Elements of Power and Banjo Kazooie: Nuts & Bolts.

Playtonic promises that “friendships will be tested” in these arcade games. While this seems more like GoatPunks gameplay to be honest. One appears to be a maze that four players must race through, with rickety bridges and flames standing in their way. While another takes place in a giant casino, with chips and dice speeding toward the screen. There’s even a shooter, if you’re into that sort of thing in a platformer. And even “Kartos Karting,” which should help to scratch your Mario Kart 8 Deluxe itch. At least until that game releases a few weeks later.

Yooka-Laylee will release on April 11th for Linux, Mac, Windows PC, PlayStation 4 and Xbox One. While Playtonic announced a release for the Nintendo Switch back in December.