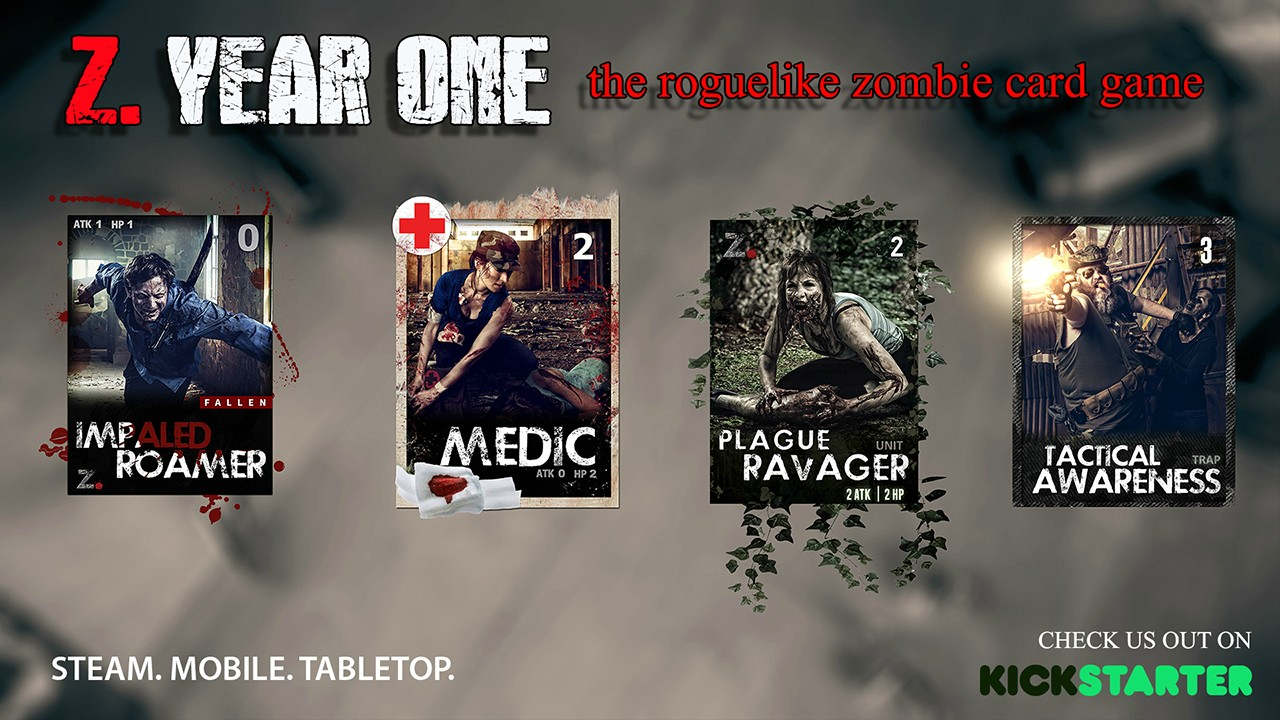 Z. Year One – The Roguelike Zombie Card Game, described as Magic: The Gathering meets “The Walking Dead,” will be #released as a game for Linux, Mac, Windows PC, mobile devices as well as a physical tabletop card game.

Z. Year One currently has a Kickstarter campaign looking for a $10,000 goal. At the time of writing, the project sit with over $9,000 worth of pledges received with just 12 days to go on the #campaign.

In the game, players choose between the Survivors, the humans, and the Fallen, who are the zombies. The tabletop version of course is recommended to be played with two to four people, while the digital edition will come with both singleplayer and multiplayer modes.

Similar to Magic: The Gathering and the zombie genre, one of the best selling points of Z. Year One is that every card image being used for the title, both for the tabletop and the digital version, are high-quality photographs of cosplayer dressed as human survivors or ravenous zombies.

Developer Downward Viral, decided to go with real pictures instead of drawn pictures or even 3D models. The company hired cosplayers along some celebrities to pose in front of camera to help solidify the story and characters of Z. Year One. One of the celebrities is popular former Mythbuster, Grant Imahara.

While Downward Viral’s decision to go with cosplayers instead of digital drawings for the card images will not be the deciding factor on whether the game succeeds or not, it certainly helps give Z. Year One a distinct difference compared to all the other card games that are being released in the market.

The physical edition of the game features 9 decks and over 400 cards, and will have a very limited print run. The digital editions, on the other hand, will feature 600 cards and extensive customization options. The Z. Year One Kickstarter campaign