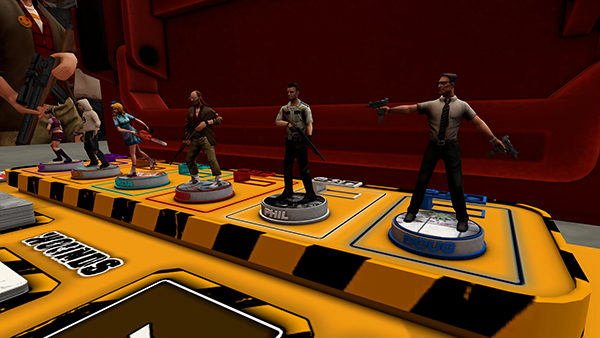 #BerserkGames is pleased to announce that Zombicide by Cool Mini or Not has #released in Tabletop Simulator as official DLC for #Linux, Mac and Windows PC.

Zombicide is a collaborative board game in which players take the role of a survivor – each with unique abilities – and harness both their skills and the power of teamwork against the hordes of unthinking undead! Using unique and clever mechanics, Zombicide is designed as a fully cooperative game where no player has to play as the zombies.

Zombicide is a fun and easy game with cool miniatures in an archetypical, popular and comics-inspired environment. Ambiance is constantly balanced between “beat’em up” and “survival horror” as survivors keep switching from prey to predators. Humor and gloom happily marry in a zombie-fest.

Zombicide, Season 1 is now available in Tabletop Simulator for $9.99 with a 30% launch discount.

Zombicide is the 12th game in the list of DLCs featuring Scythe, Cosmic Encounter, Superfight, Darkest Night and Mistfall.

Tabletop Simulator is a unique blend of multiplayer physics, a sandbox, and a prototyping tool. Create your own original games, import custom assets, automate games with scripting, set up complete RPG dungeons, manipulate and create games how you want, and of course flip the table when you are losing the game. All with an easy to use system integrated with Steam Workshop. You can do anything you want in Tabletop Simulator. The possibilities are endless!