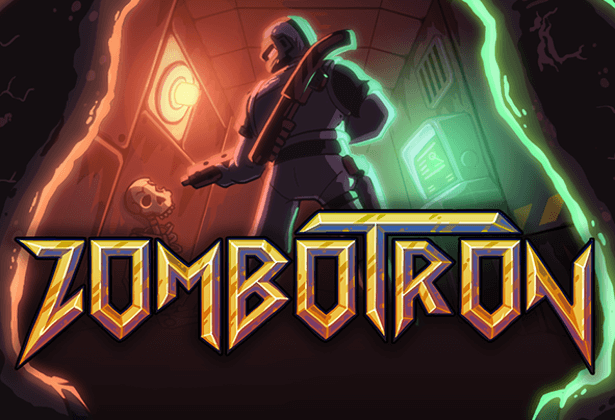 Zombotron platform shooter games now has support for Linux, as well as Mac and Windows PC. Thanks to developer Ant.Karlov. Which continues to have Very Positive reviews on Steam (94%). So the games well worth playing. And also available on Humble Store.

Zombotron will have you pull the trigger. Laying into those zombies in a heart-pounding game. Since this is a side scrolling platform shooter. But worth the time and effort to play. Even using Proton previously, oh yeah.

Zombotron is a heart-pounding, run-n-gun shooter. That now has Linux native support. Although not listed, I can personally confirm the install.
The games brings it’s own legacy with it. Dating back to the golden era of web games. Where you follow Blaze, a mercenary eager for a job. While he searches for an easy payday. He follows a distress beacon to the surface of a dangerous planet. And also finds the remains of an ancient crash site.
There begins a mystery that will test his strength. With every gun at his disposal. Since Zombotron releases an arsenal of weapons and armor. With vicious explosions and enemies. Who also hate each other as much as they hate you.

Examining the games roots in the web game space. This also unearths a legacy of excellence. As prime examples of the platform shooter genre. The games franchise has always been synonymous with satisfying gunplay. And also feisty adversaries, hilarious physics. Zombotron, Zombotron II, and Zombotron II: Time Machine have resulted in over 14 million plays worldwide. That number is still climbing.

Zombotron released on Windows PC and Mac on April 22, 2019. Now the games available on Linux. Priced at $14.99 USD. Which launches on both Steam and Humble Store.