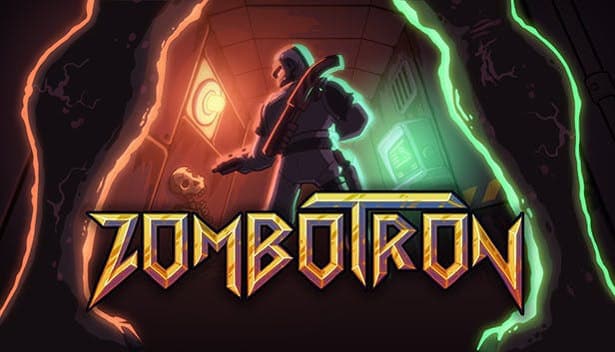 Zombotron is one of those project I’m not letting slip away. Having played the heart pounding run and gun platform shooter. The gameplay is very playable via Proton/Steam Play on Linux. But the game only supports Mac and Windows. And reminds me of Dead Cells.

What game engine does Zombotron use? Unity 3D!!
And according to the publisher, “a Linux port is not currently being planned.” While reaching out to developer on Twitter, gets a Like. Even though there is interest via Steam.

The good news, Tux Love. Plus the games holding a solid 88% Positive review score. So that’s good news. Yet it still means Wishlist support on Steam. Which also happens to be very playable via Proton. Therefore I’m hoping for support going forward.

Zombotron will have you blaze a trail across an alien planet. While trying to find your way home. Blast your way through the 5 chapters of story. And also deal with the locals. Recovering stolen components of your ship.
Crush foes with elevators. Send them flying with explosives. Or just run them down in vehicles. Maybe letting them slap each other to death.
You on the other hand can lock and load. While using a range of weapons and armour. Since you are a space faring mercenary.

Examining Zombotron’s roots in the web game space. This unearths a legacy of excellence. As prime examples of the platform shooter genre. The Zombotron franchise has always been synonymous with solid gunplay. Also some feisty adversaries and hilarious physics. Zombotron, Zombotron II, and Zombotron II: Time Machine. All have over 14 million plays worldwide. And are still climbing on MiniClip.

The pulse-quickening platform shooter is available. Releasing on Windows PC and Mac via Steam and Humble Store for $14.99 USD. Plus a 15% discount that brings the price down to $12.74 USD. Which ends April 29th.