I had never heard of Blue Wizard Digital before loading ‘Slayaway Camp’ for the first time, but since playing this puzzle game I think I’ll be keeping a close eye on them. The sense of humour within this game is very much in line with my own dark grinning streak of evil. Also, they have one of the best landing pages of any web site that I have ever visited (http://bluewizard.com/) But, I digress, lets have a little talk about this interesting slasher movie themed block sliding puzzle game…

Slayaway Camp is a game that I was aware of in passing, but had not considered playing. That is until I was contacted by this very website and asked if I would take a look (It would seem I am getting something of a reputation for playing one or two Indie games.) I created a first impressions video that you can see on the Linux Game Consortium YouTube page but I write this post from a far more informed position.

Slayaway Camp, as stated is essentially a puzzler where you slide about an ‘active’ block in order to destroy the ‘target’ blocks, there are ‘Hazard’ blocks too that you have to avoid. Essentially, that’s it. What set’s Slayaway Camp apart from the billion and a half mobile games and the million or so Nintendo DS games with the same mechanics is the theme.

In Slayaway Camp it’s not the puzzles that make you want to play, those are very well thought out, don’t worry, its very serviceable but its the theme that draws you in. The idea is that you are controlling the ‘killer’ at the start of the game at least the killer in question is the masked 80’s stereo type ‘Skull Face’ and he’s just adorable (aside from all the killing) seriously, I would buy a plushy of this little fella for my Halloween decorations stash. Anyway, old ‘Skull Face’ is controlled with arrow keys or mouse click in the direction you would like him to ‘slide.’ Once a direction is chosen the little nut job will zoom off until he encounters the victim or an obstacle. You must use this very simple mechanic to navigate the maze like isometric ‘Camp’ scenes and joyfully murder every resident that you encounter while avoiding, police officers, holes in the ground, water, fire, other hazards.

Every 13 ‘scenes’ or so you get what is basically a chapter end. This is when the killer changes (or modifies outfit) and you get a little intro sequence that is short but entertaining. You can then select a VHS tape in the menu that represents each chapter.

Lets talk about what I liked about Slayaway Camp.

The 80’s, gosh… I just love the 80’s and this game looks like its just popped out of a VHS store, the menus look like VCR on screen display, the music is original, but very thematic. The menu system looks like a shelf at a knock off blockbusters.

The controls are tight, click in a direction, that’s it and it works. No fuss, no unnecessary controls of any kind. Its simple and easy to learn… because its arrow keys. Literally, anyone who has even seen a computer in the last 30 years or so can figure this out. That’s why its so good, there is NO barrier of entry for controlling it.

The music is great, at least one of the songs have very subtle and funny lyrics that left me grinning like a serial killer. The other sound effects and environmental music in Slayaway Camp is also polished and pleasing.

After each scene there’s a challenge to hit a button at the right time to see a close up kill. It’s silly and I like it.

E-sports ready and works on Linux

Once I had finished my first impressions video I spent quite a bit more time with the game and enjoyed just playing it without talking to my webcam. It’s fun, there is nothing it does that is a deal breaker or crazy design decision, that’s not to say that there are things I didn’t like, there where a few things I didn’t like…

At the end of each section of Slayaway Camp there is a puzzle that has a limited number of moves, these are the only points in the game (as far as I have played) that you are under any sort of stress to finish a certain way. The rest of the game you can spend ages going back and forth trying to find the way to solve the puzzle. The sudden addition of a move limit take away the pondering and random sliding that I like about the game. Suddenly you see a solution but its 7 moves instead of 6. its annoying. I can see why the last scene of each chapter need to be different to the rest but this seems, to me at least, needless. I would rather have the last portion of the chapter be thematically altered, like killing police characters or priests, or little kittens. This would have made the level different but not forced me to changed my play style for a single level.

Most key strokes entered appear to be stacked. If I click up, then left it stacks and that’s what my killer does next. However I may not have accounted for a change like a victim running away. Also, this doesn’t happen with EVERY key stroke, so there’s that. Its annoying. Mostly, it stacks key strokes if I press it as an animation starts (such as a kill animation.)

The ‘Q’ key can be used to restart the scene, but each time I press it I have to wait for the little animation to tell me what scene number it is. Adds seconds to a restart, and I just want to correct that one error I made in the last attempt. I don’t care what level number it is.

Those little close up bonus kill cut scenes, where you have to press a button at the right time to get a kill, well, remember how I said I like them? I do. But I didn’t fail one. Not a single one until I missed on purpose to see what happened. They should be a little more urgent in my opinion.

That video store menu I spoke about earlier, looks great, makes very little sense. Its convoluted and a traditional menu would make it far easier to interact with… looks great though.

Now, I am a Linux gamer, this is a Linux gaming website so I would be a terrible(er) writer if I didn’t mention the port. Well, its fine. There you go, box ticked. It works as intended consistently. If I really wanted to pick fault I would point out that if you click the developers logo as the game starts you get an error when it tries to open a webpage. That’s it, its literally the only thing wrong with the port and I’m guessing that about 90% of the people who load the game will never notice.

So, we have gone through the good, the bad and the port, its time for me to draw the oh so obvious conclusion from all this.

Slayaway Camp is fun. Its good. If you like puzzles and have a fondness for the 80’s its a game you should play. Its priced at a reasonable £5.99 and, its Halloweek (Halloween week) after all…. Well, it is for me… I don’t know when your reading this.

I have been HexDSL (Sexy Hexy on Steam.) If you have enjoyed my brand of English humour and overuse of words then please check my videos out on YouTube… where I have a face… www.hexdsl.co.uk

Slayaway Camp is available now on Steam for Linux, Mac and Windows PC for $8.99 USD with a 26% discount until November 1st. 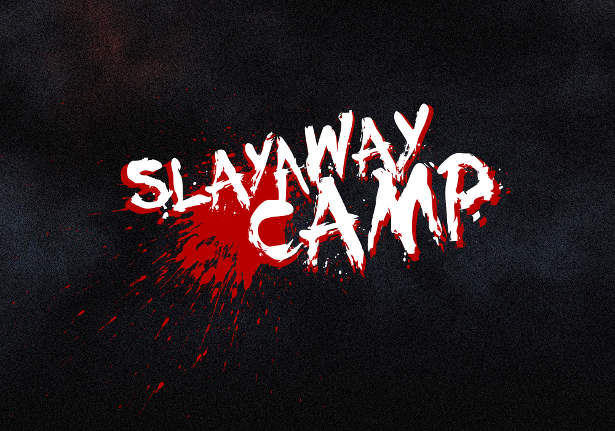 We Were Here Together new co-op puzzle game