So Heavy Gear Assault is now #officially #available for sale on Steam Early Access. While this comes after a long delay for Stompy bot trying to get the game on Steam before the Winter #Sale.

It’s been a long road to get here, and it’s entirely thanks to the dedication and support of of fans like yourself throughout the span of this project.

This is only a milestone though, and much more will be adding to HGA to make it THE mech game for stompy robot fans the world over!

Heavy Gear Assault puts you in control of a multi-ton, humanoid war machine better known as a Gear. The peak of Terra Novan engineering, Gears feature a Rotary V-Engine, an advanced, compact and highly efficient internal combustion engine. For faster speeds, Gears are available with a Secondary Movement System (SMS) in the form of either wheels or treads under their feet. Armored with advanced composites and loaded with an assortment of weapons. Gears are the most advanced weapon platform available on Terra Nova.

What’s the real story behind Heavy Gear Assault and Linux?

Well that road is even longer considering the more recent updates. There have been a plethora of keys being issued for those who signed up for the Beta. So many Linux gamers have gotten a free copy of the game.
While this is convenient, there are some significant login problems posted in the Discussions on Steam.  One of the ways around the issue, create your login using the official website. This points to the store, so this way you can create an account and login outside of the game. Yet this does not quite work.
Therefore a Developer comment on Steam outlines capturing traffic for specific IP’s. So using “tcpdump -i eth0” as Root would be one method, then pipe the output to a file, etc. Which will likely be handy to narrow down what the IP traffic is trying to connect too.

If this seems like too much work. Linux gamers can reach out directly on the Heavy Gear Assault Discord channel. Sadly there is not much that can be done outside of waiting for another development update.
We also ran into a 502 error trying to login a couple of days ago. A quick chat with Houruck on Discord and we could login again. So there are obvious connection issues related to the Steam install. This was not an issue with the stand alone game. 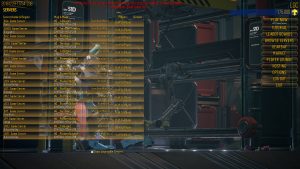 While it appears we can login, as seen in the image above. The servers are not full, obviously. Since the login issue might have a connection with our account being grandfathered. Linux Game Consortium has had a working login since the Alpha stages of Heavy Gear Assault.

Heavy Gear Assault is available on Steam for Linux and Windows PC. While it also comes with 15% discount until the end of the Steam Winter Sale.