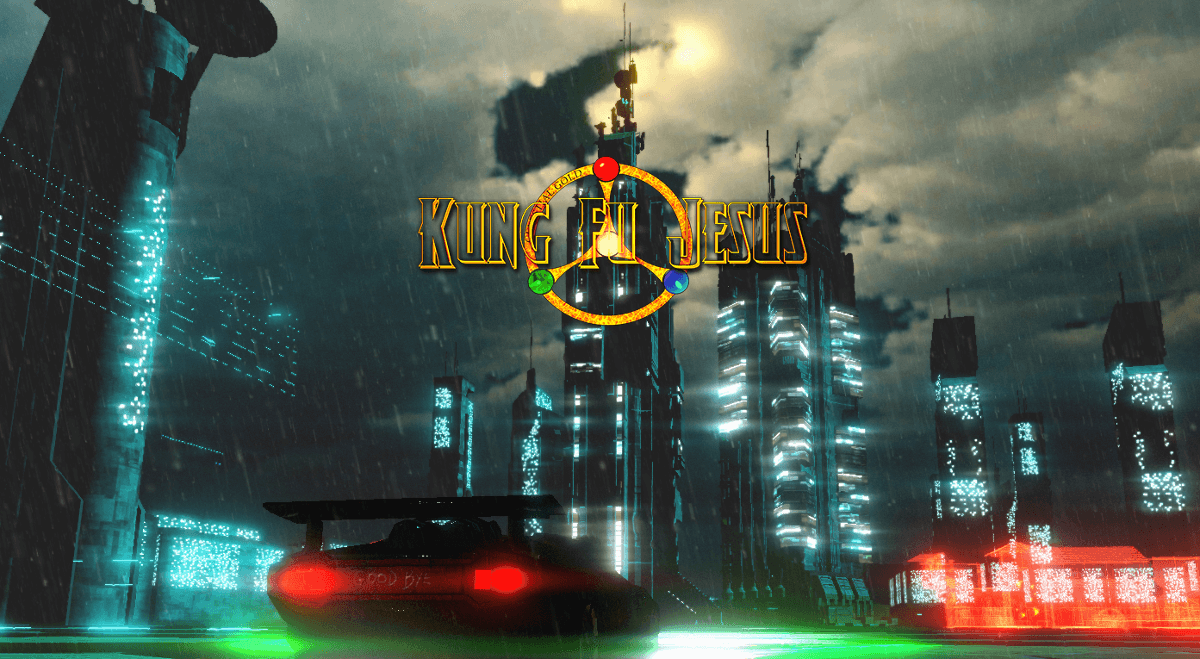 Kung Fu Jesus psychedelic action adventure is coming in 2020 for Windows PC, even Linux. Thanks to developer Celestial Gold Studios. Due to release in 2020 on Steam.

Kung Fu Jesus borrows from fighting games. Along with action adventures, action RPGs and more. While creating an intoxicating mixture of genres and gameplay styles. Not to mention also receiving quite a bit of press.
Since one moment you are fending off a katana wielding mobster in the high-tech city streets. The next you’ll be piloting alien vehicles across the surface of an otherworldly planet. So gameplay is both trippy yet intriguing. Designed to keep you entertained and yet seeking more of the story.

Therefore, prepare to enter a madcap world of organised crime. With alternate dimensions and intense martial arts. Plus Kung Fu Jesus is a genre-busting action-adventure like no other.

The game engine is Unity which should make it fairly easy for a Linux port. So the answer to your question is yes, there will be a Linux port.

Although the Kung Fu Jesus Steam page does not list Linux. We now have confirmation. The release is also a ways off yet. So this gives the community time to Wishlist. Check out the trailer below. The action scenes are both fast and intense. Oh baby.

Down on his luck and working for a seedy gangster. Kung Fu Jesus walks the streets in a miserable daze. Little does he know his life is about to transform forever…

Enter a madcap world. Ranging from invigorating kung fu combat to lonely drives across alien landscapes. Gameplay invites you to wake up, seek the truth. And also free yourselves from the shackles of everyday reality.

Explore alien landscapes and celestial planes. While you battle men and gods alike. Using visceral martial arts and hand-to-hand combat. Follow Kung Fu Jesus from his origins as a down-and-out deadbeat. So he can discover his true nature and journeys toward his ultimate fate.

Travel from the neon-lit streets of a near-future city. Exploring lush forests scattered with ancient temples, snow-capped mountains with electric skies. And celestial dreamscapes where nothing is as it seems. Kung Fu Jesus is a dimension-hopping experience. A rich tapestry of theology, conspiracy, science-fiction and fantasy.

Probably a day one release on the official release. Not the alpha or beta testing but that’s not for sure. I’m looking at August next year for a release date. And I’ve been advised anywhere between £10-12 ($12 – $14 USD) for the price of the game. And the play time is looking likely to be 20-40 hours gameplay.

Kung Fu Jesus will be releasing via Steam in August 2020. Due to launch with day one support on Linux and Windows PC. So make sure to Wishlist the game on Steam.

One Finger Death Punch 2 to look into support