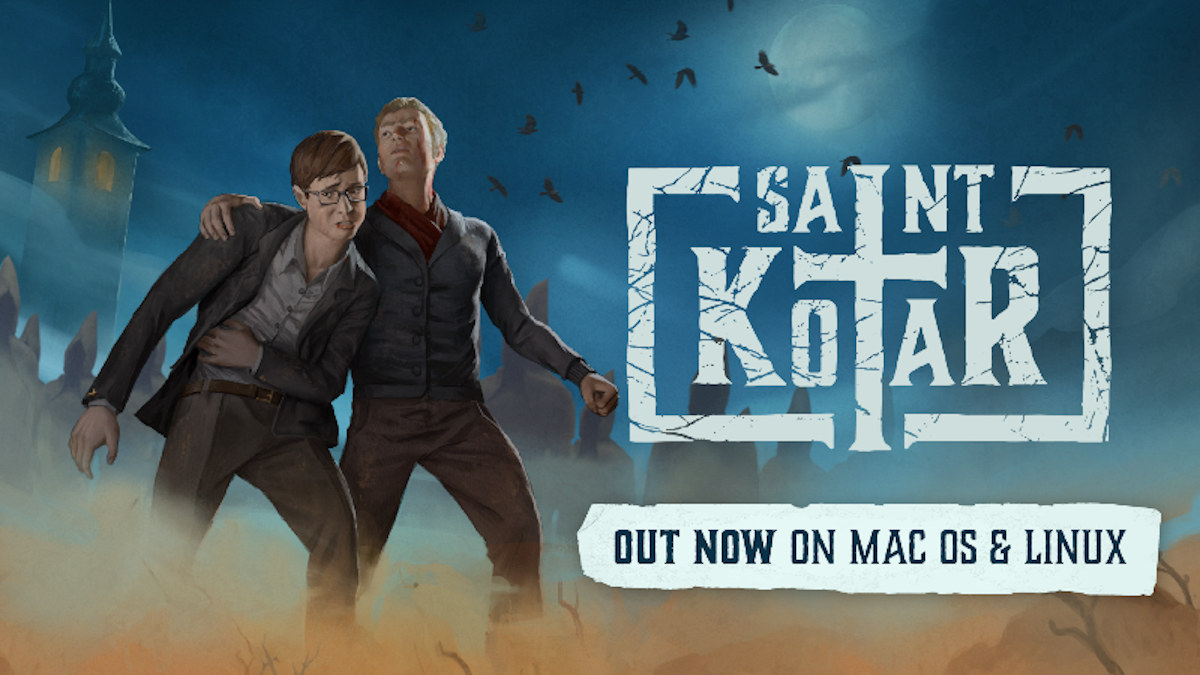 Saint Kotar psychological horror detective game releases on Linux and Mac with Windows PC. Due to the ongoing work and determination of developer Red Martyr Entertainment. The games support is available on Steam and Humble Store, but coming to GOG.

Red Martyr just announced that point and click psychological horror detective game Saint Kotar launches on Linux and Mac. Having also improved the load times on Windows PC’s for the game. With that, we also have some minor bug fixes included too. Meaning Linux and Mac players now have a smoother running game.

As avid fans of computer role-playing games from the 90’s. The Saint Kotar developer has created a successful dark story-driven point and click game. Red Martyr Entertainment takes pride in the game’s deep story. Including the ominous tone and mystery elements that draw inspiration from prominent horror fiction writers. And also other mystery / horror adventure games.

Saint Kotar was successfully funded on Kickstarter in 2020 and launched in October last year. Croatian gaming portal HCL.hr recently awarded Saint Kotar the Croatian Game of the Year 2021 Award in December. The team then also made an appearance in a prime-time newscast on Croatian National Television HRT Dnevnik a month after.

Lovecraftian horror set in a cursed valley in Croatia. Saint Kotar players can switch between two characters, Benedek and Nikolay. Doing so as they experience everything through their unique point of view. All while searching for their missing relative in the occult ridden town of Sveti Kotar.

The Ritual is a free new DLC for Saint Kotar