Home » Linux Gaming News » The Windows Store is getting Linux?

The Windows Store is getting Linux? 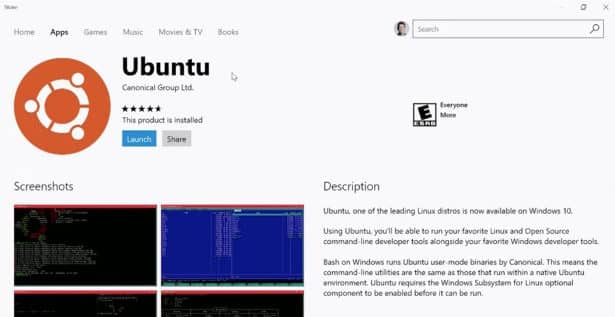 Since this is not really gaming news, it is worth noting. Hence Microsoft’s Build developer conference plays host to Windows and Microsoft’s other endeavours. Hence one on the biggest announcements, Microsoft will host #Ubuntu, Fedora, SUSE Linux. Since all of these distributions are coming to the Windows #Store. These major Linux distro’s can be installed on #Windows. While they will have the same command line utilities available. Yet still be a full installation running in a virtualised environment. All side-by-side on Windows 10.

So Microsoft is helping developers. Since Windows received support for Bash in the command line. And this would allow developers to develop on Windows between operating systems. So now we have news that anyone can set up a virtual Linux install with Windows 10. Although we are keen to see how much capability this will allow. Despite the lack of Windows 10 on my home computer.
Yet developers will not have to waste time finding tools. Even other apps to create the virtual environment. So having availability in the Windows store also means the apps will work on Windows 10 S. Hence making the Surface laptop more appealing for students in computer science.

Since Microsoft trying to appeal to students and pro-users that feel neglected by Apple. And we know that Microsoft offers higher end laptops that look like other Apple laptops. So now Microsoft is working on making Linux a more important part of Windows. Hence developers will not just use a Bash terminal, but run it all in a virtual environment. Which is similar to how Linux users do it, run a VM with Windows, some even using KVM or Xen.

Since the idea here is to persuade engineering and computer science students to run Windows. While being able to develop on an open-source platform. So Microsoft is expecting those users to flock to Windows 10. Which should be interesting to see if developers take the bate and switch. Since Windows is still a clunky operating system. And I can’t help but wonder how this will play out in Linux gaming?

What are your thoughts. Tell us in the comments below. Will you install a virtual environment of Ubuntu, Fedora, and SUSE Linux on Windows 10?

What if Microsoft Opened the Interface Environment for Windows 8?