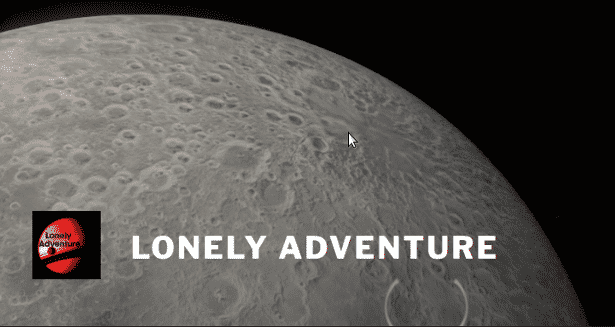 Lonely Adventure space adventure announced for Windows, but the games coming to Linux. All thanks to Polish game studio Ingraw Games. Who are eager announce the upcoming release. Coming to Steam in Q3 2019.

Lonely Adventure is a first person game. Where the player takes a journey to the edge of the Solar System. Trying to find out if humanity is in danger.
So naturally the player assumes the role of the pilot. While seated in the latest model space ship. A series of recent incidents code named “ Anomalies ” have been recorded. Picked up throughout the solar system.
So now the player must visit each location. Investigate each of these anomalies. Exploring different locations.

“The game is made in Unity engine. So it probably can be easily ported to Linux.
If the port will not cause technical problems. I can’t see any reason to avoid Linux.”

So the Linux release seems to depend on the Lonely Adventure port. If the build goes well, we will have a playable build.
The release is a way off yet. But here’s hoping for good news going forward. And maybe more detail about the gameplay. Such as weapons, ship upgrades, etc. There is trailer below to give you some idea.

So the most important part of Lonely Adventure. This is deep space exploration. Therefore, you will to solve puzzles and fight aliens.

During the trip, the player must also manage the ship’s fuel and resources. You also have to sleep and be aware of cosmic emissions.
Since you are in space. Players will have to work through mechanical failures. Also manage any damage to the ship’s hull and other devices.
There is more to do than just fly around in Lonely Adventure. Things like micro management of the features plays into the game. Coming together in an overall sci-fi story. That also includes several plot twists.

The game is a combination of story, action and adventure. As well as your survival in space. So expect a unique range of gameplay and complexity.

Since Lonely Adventure is only just announced. The space adventure games still in heavy development. Releasing sometime in Q3 2019. No exact date is available yet.
But it is coming to Windows, and if all goes well, Linux too. So keep on lookout for the Steam page to Wishlist.