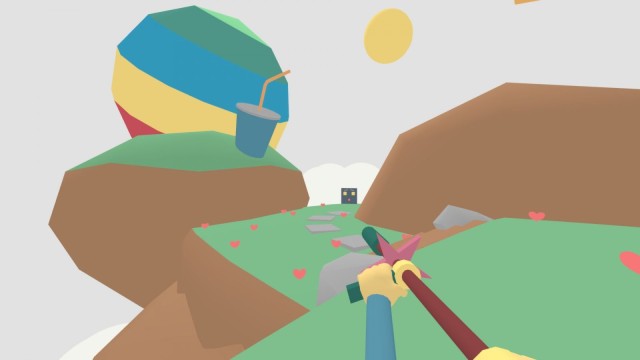 Lovely Planet is a little game for your Linux, Mac or Windows PC box that distils the essentials of the first-person shooter genre down to the basics: shoot, jump, run.

You will do this, over and over, across five distinct worlds and hundreds of levels armed with nothing more than your adorable little bow and arrow and a sense of adventure.

Be warned, though — you are going to die repeatedly, especially at first, because while the visuals and soundtrack are kawaii as heck, the levels are designed as diabolical tests of your gaming sanity. Maybe take a break.
It is not all distilled run, jump, shoot, though those are the main assets of the game experience.

There’s definitely an influence of bullet-hell shooters, where you need to avoid the bullets being (in this case) spit at you by the baddies, all of whom look like angry shapes. The music and visuals call to mind the adorable Japanese-style hit Katamari Damacy. There’s some platforming, as well, though the platform all seem to disappear soon after you land on them, hence the cursing.

When you’re hit by an enemy bullet, fall off a ledge, or sizzle to death on one of the red rocks, you’ll start back at the beginning of the level. After I reached my own frustration tolerance around level three, I handed off the Macbook to my daughter, who whizzed her way through several more crazy-hard levels before giving up herself.

While this may sound a bit much, the levels are designed for repeated runs, with a ton of trial and error. I’m sure there will be hordes of YouTube videos showing talented 11-year-olds earning three-star ratings with record speed run times.

While the visual style and brutal difficulty may not be for everyone, this game has a certain something that will truly encourage you to continue well past your frustration level. Each death feels fair, if annoyingly stupid, and there’s a specific joy to be had in mastering a particularly tricky level.

Lovely Planet was developed by Vidhvat Madan from @quicktequila, produced by Luke Burtis and Alex Nichiporchik from @tinyBuild and scored by @CalumBowen. 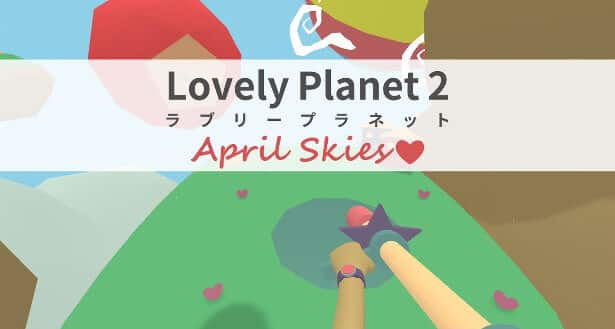