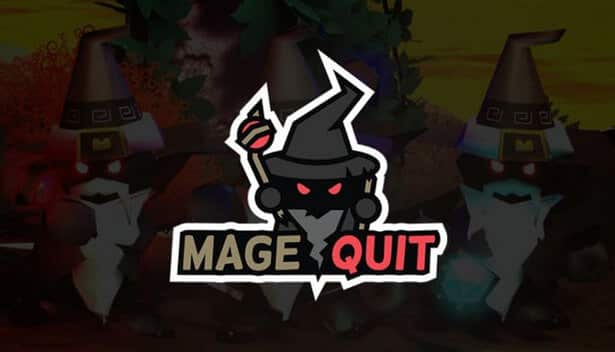 MageQuit is a wizard brawler on Windows PC, but we have deals for the games Linux support. Since indie developer Bowlcut Studios announced the games release date. Which also hold Positive reviews on Steam.


MageQuit is a top down area wizard brawler. Due to exit Steam early access on Windows PC this fall. Where gameplay sees up to ten players take the stage. So they can battle it out wizard style. With up to seven spells at your disposal. While using physics as a primary ally. Players must find out if they have what it takes. Controlling the elements, land a perfect game ending blow. Or be forever cursed with a face full of peach fuzz.

“We are using Unity and we do plan to eventually port to Linux. But not necessarily right at launch.
I do know the game works fine using Wine though. As there’s a member of our community who does that.”

Since MageQuit runs at a Platinum level via Proton. The Unity 3D game engine does help make that possible. Which also explains the Linux port. Seeing the Windows PC build does not have a release date.
But at least developer Bowlcut Studios will “eventually” have support. Which makes me laugh. Even though I DO appreciate the confirmation.

As a MageQuit wizard. Players are granted the enchanted glowing D20 staff. While empowering them with unique elemental spells. Those that are used to battle against mage opponents.
Matches can be played with two teams and three teams. Also as a free-for-all every-mage-for-themselves beards-to-the-wall brawl.
While team games, however, present unique opportunities for success. Such as pushing the enemy team off a cliff. Or a classic game of wizard hockey with the highest stakes.

Since MageQuit players must out cast and outwit their opponent. They have to do so while defending against the terrors of the deadly environment. Those are are presented in each stage.
At the start of each round, players draft their spells. So you can add new ones to your arsenal with each new round. With hundreds of spell load out combinations. There should be something to cater to any playstyle.
The spells are dodgeable. So predicting an opponent’s aim and movement is crucial. Button mashers need not apply. Beards grow longer with each kill. Wizards who have manage to grow the longest. As well as most luxurious beard after nine rounds win the match.

MageQuit wizard brawler available for Windows PC. You can check it out on Steam Early Access. But will “eventually” get Linux support after launch. Until that time, Proton.