The PC version will be sold through Steam, and a DRM-free version will also be available “with some extra goodies” elsewhere, said Jonasson. On PC, Rymdkapsel will feature two new game modes, with new monoliths and missions, as well as an extended soundtrack. 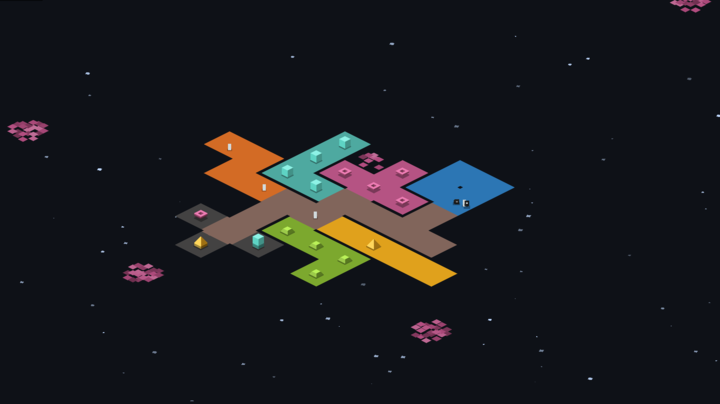 Rymdkapsel is already available on a variety of mobile devices — it was originally released this past May on PlayStation Mobile, and then came to iOS and Android in August. According to Jonasson, he’s releasing the game on computers to mark a recent sales milestone: Grapefrukt has now sold more than 200,000 copies of Rymdkapsel.

Originally launched on PlayStation Vita in early May to rave reviews. Rymdkapsel is a slower-paced strategy game that has you building space stations by ordering little minions to do your bidding. As opposed to twitchy real-time strategy games like Starcraft 2 where your clicks-per-second are key to success, Rymdkapsel is a slower, more meditative experience that focuses on higher-level problem solving. The slower pace allows you to properly dig on its slick, flat visual style and killer soundtrack by Niklas Ström. We should also note Rymdkapsel is actually spelled without a capital “R,” which is really troubling to some OCD English majors.

“A big part of that is of course the Humble Mobile Bundle,” said Jonasson. Rymdkapsel is one of nine games being sold in the third Humble Mobile Bundle. It’s also available free on PlayStation Network for a few more days, as part of Sony’s Festive Giveaway promotion.