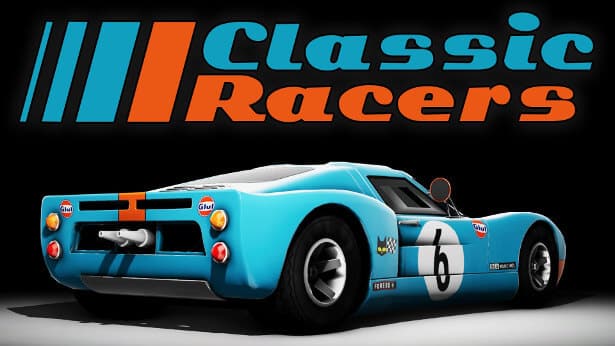 Classic Racers sport simulation games now expands it’s support for Linux and SteamOS. Thanks to developer Vision Reelle. Who has also been testing the Unity 3D on the platform as well. We have been involved in the process as well. Since the initial launch worked via Proton. But now we have a few more changes on Steam.


Classic Racers a pure time attack hillclimb racing game. One that also takes place in the 60’s. Starting at the bottom of the hill like any rally racing. So you can climb at the top as fast as possible. Which was also very popular in Europe during the 60s/70s. Classic Racers is an attempt to recreate that vibe. While keeping the mojo for racing enthusiasts.

Gameplay also disrupts with the habits of the genre. Since Classic Racers returns to the basics. No is car customization (excepts a livery change). You also don’t have car setup tuning. No social features or open worlds. Since this is a simple goal of “Fun”!
Since the game has leaderboards. This makes for a more level playing field. So you can work on your times using the same vehicle setup. Seeing there is no one way to to get the advantage. Whereas games like the DiRT series vary a lot more. This is what makes Classic Racers that much better.

There also some iconic era cars here. Since driving them is kind of brutal.

Also one of the issues I had to relay to the developer, controller support. This was somewhat missing from Classic Racers before. So it’s a pleasure to see these changes.
And my PS4 controller works deliciously well on Linux. Plus the UI has been redone. Which makes it that much easier and 100% more functional with a controller.

The content below really highlights the developers intent. And for a very reasonably priced game. This is also rather impressive.

Classic Racers the sports simulations is on Steam. Priced at $5.99 USD / 4,99€. The games available on Linux, SteamOS, Mac and Windows PC.