Indivisible action-RPG for Linux, Mac and Windows PC from Lab Zero and 505 Games

Skullgirls developer Lab Zero Games and publisher 505 Games have teamed up to launch an Indiegogo campaign for a new action-RPG called Indivisible, for Linux, Mac and Windows PC. Citing inspirations as Valkyrie Profile and Super Metroid, but the upbeat art style looks similar to Skullgirls.

The team responsible for Skullgirls was laid off, with only the generous support of Indiegogo backers to help fulfil its potential, later being released with quite a few updates and DLC, along with recently being ported to Linux and Mac.

Lab Zero is aiming for a 20-30 hour campaign without side-quests.  This is the approximate length of some of our favorites: Chrono Trigger, Valkyrie Profile, and more. The priority is on solid fun content, not simply filling time to hit a number. These shorter RPG’s are also more eminently replayable, and Lab Zero looking to expand on that if funding for the core game is success.

Ajna is a headstrong girl raised in a remote village. Her father, the town’s guardian, has trained her to be strong in mind and body to prepare her for things to come.

Ajna discovers a mysterious power in herself, and sets off on a world-spanning journey. Along the way, a number of unique heroes will join her on her quest.

In addition to Lab Zero’s talented team of artists and designers, we’re working with Scarlet Moon Productions to give Indivisible a fantastic soundtrack from Hiroki Kikuta, the legendary composer of Secrt of Mana, Koudelka, and many more.

Lab Zero has estimated that Indivisible will cost roughly $3.5m to make. The reason for only asking $1.5m is due to 505 backing the other $2m if Indivisible can meet its funding goal. And if the project is not fully funded, no game.

“And the more we raise beyond the initial goal, the better the game gets and the better the publishing arrangement with 505 gets for Lab Zero.
To be clear, this is not a campaign to “gauge interest” – Indivisible’s budget represents a more equitable funding split, where your support directly influences not only the game, but also the post-release benefits Lab Zero receives,” the developer outlines.

The playable prototype is currently available for Windows and around 300 mb’s after installation, with requirement for DirectX 9.0c on Windows 8 and later. The Linux and Mac builds of the prototype will be added in the coming days.

Having just launched the Indiegogo campaign, Indivisible has already raised $127,634 at the time of writing, towards the $1.5m goal.

Indivisible action-RPG platformer on Indiegogo with demo for Linux, Mac and Windows PC 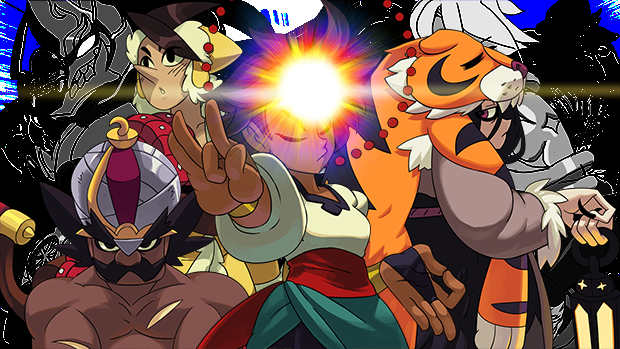