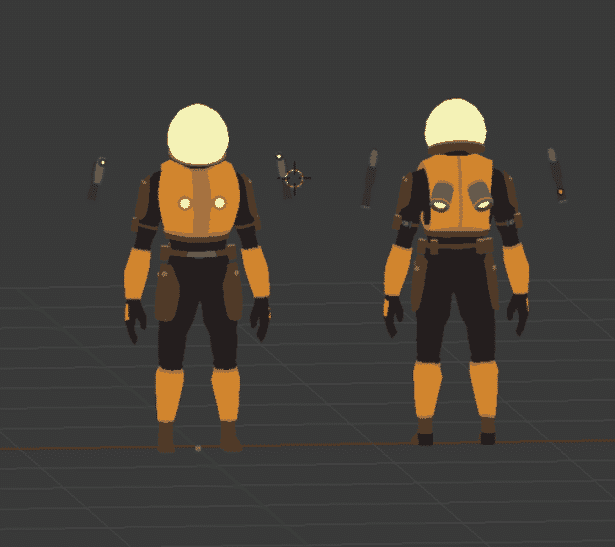 Currently in gaming news, Hopoo Games just released news about Risk of Rain 2. Which is the sequel, but this time gaming is in full 3D, what!?
So there’s not much to be said about the game since it’s “early in developer”. Still, just from the gif’s below it looks interesting. The original Risk of Rain made a Linux debut back in October 2014. Yet still holds an over 90% Very Positive review average on Steam.

Check out the details from DevBlog #1 for Risk of Rain 2 below:

“We’ve been working on a new game for about 6 months, and we’ve been shooting ideas back and forth on how the best way to announce it is. When’s the best timing? At what point in development? Announcing a game is a delicate process.

But… we really want to share with people what we’ve been working so hard on, and we really can’t keep our lips sealed much longer, so we’re just gonna throw it out there with a devblog.

As a preface, I reaaaaally want to stress this: the game is still very VERY early in development.

None of the systems, artstyles, assets, or game design choices will necessarily translate to the final game. We’re learning as we go along – I hope that you guys find it as interesting to read as we do to develop.

Risk of Rain 2 is our first fully 3D project! We think that 3D allows for much deeper design spaces and more possibilities for cool gameplay. Feelings of scale and atmosphere are also much stronger. We are really happy with the core of Risk of Rain – and we’re finding it plays even better in 3D. It just won’t crash anymore.

There’s a bunch of other things I want to talk about, but I’m anxious and nervous about writing this so they’re all escaping my mind. So uh, yeah. There you go. We’ll be spending the next few devblogs talking about all the awesome systems we have in place (unified character system, item proc chains, etc) with future ones talking about our progress through development. I promise that we’re doing all these things because we think it’ll make the coolest game. And to all our fans – thanks for sticking with us. We hope you’re all as excited as we are.”

Since this does not really give us specifics, such as game engine, Linux build or release date. But I suspect the game is developed in Unity, although unconfirmed.