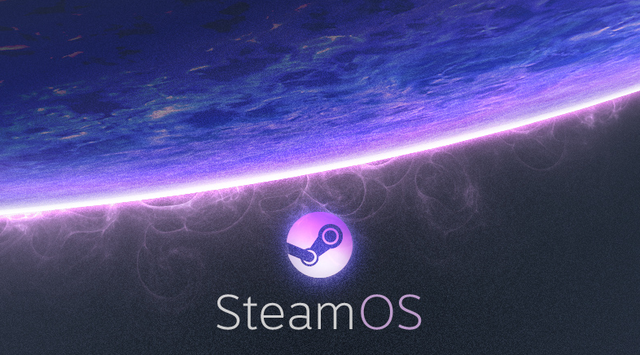 Valve is finished teasing. Today, Valve has revealed SteamOS, its own operating system based on Linux, designed for living room gaming PCs. It’s the first step towards Valve’s Steam Box, its vision for an open video game console. It combines Steam’s preeminent video game digital distribution platform with a user interface designed for TVs, all on top of the Linux platform. It will also be free.

“It will be available soon as a free stand-alone operating system for living room machines,” according to the company.

Valve is done teasing. Today, Valve has revealed SteamOS, its own operating system based on Linux, designed for living room gaming PCs. It’s the first step towards Valve’s Steam Box, its vision for an open video game console. It combines Steam’s preeminent video game digital distribution platform with a user interface designed for TVs, all on top of the Linux platform. It will also be free.

“It will be available soon as a free stand-alone operating system for living room machines,” according to the company.

AAA game developers are already on board

Incredibly, Valve says that major game devleopers are already on board with Linux, and will be building triple-A game titles that will run natively on SteamOS in 2014. However, SteamOS boxes will also have a workaround for the huge existing library of Windows games: in-home streaming. Not unlike the Nvidia Shield, it will include a method for wirelessly streaming games from your existing gaming computer to your TV, which Valve says will also come to the regular Steam client at some point in the future.

Also coming to both Steam and SteamOS: streaming video and music services. “We’re working with many of the media services you know and love,” Valve writes. 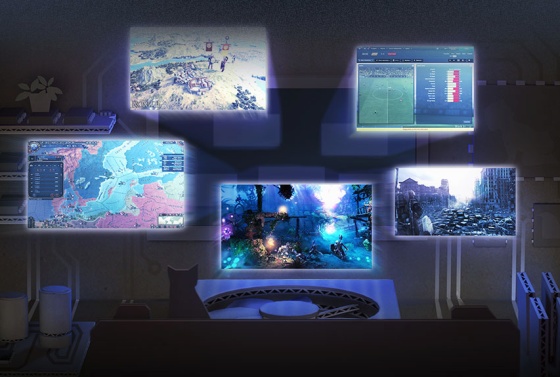 Why an operating system? “As we’ve been working on bringing Steam to the living room, we’ve come to the conclusion that the environment best suited to delivering value to customers is an operating system built around Steam itself,” the company’s announcement reads. Valve says that by working at the operating system level, they’ve managed to improve graphics performance, and can also improve audio and reduce controller latency.

Another unspoken reason is that Valve sees Windows 8 as a threat: Valve co-founder Gabe Newell famously called Windows 8 a “catastrophe” and has publicly blamed Microsoft’s operating system for tanking PC sales. Windows 8 also comes with its own built-in app store, which theoretically has the potential to siphon off Steam’s video game revenue, and lets Microsoft own the shopping experience.

With SteamOS, however, Valve writes that:

“openness” means that the hardware industry can iterate in the living room at a much faster pace than they’ve been able to. Content creators can connect directly to their customers. Users can alter or replace any part of the software or hardware they want. Gamers are empowered to join in the creation of the games they love.

It’s much like the Android strategy: Where Google provided a free Linux-based operating system to hardware manufacturers to compete with Apple’s iOS, Valve appears to be doing the same to compete with Microsoft.

We’ve been following the Steam Box saga in particular for well over a year now. We watched Valve as it experimented with game controllers, and denounced Windows 8in favor of Linux. We all theorized about what the Steam Box could be. In January, Valve co-founder Gabe Newell himself spoke about his plans for the project, but it’s only now that we’re starting to seeing those dreams come together.

Today, Valve’s given us plenty of promises without many details, but SteamOS is only the first of three announcements that Valve is expected to issue this week. Valve’s countdown clock is ticking down again to Wednesday, Sepember 25th at 10AM PT / 1PM ET, when the company will likely unveil its own Steam Box hardware based on the SteamOS operating system.

In January, Newell spread the word that Valve was planning to create three tiers of the Steam Box, “good”, “better”, and “best”, with “good” likely a $99 box that would stream games from other more powerful computers, and “better” being a $300 box that Valve would both build itself, and allow partners to build so long as they adhered to a certain hardware spec. On Wednesday, we’ll likely hear about that “better” tier, and all the ready-made hardware you can buy to get started with SteamOS. At CES, the company told The Verge it already had 15-20 hardware partners lined up.

Some of the most exciting things Gabe Newell shared with us have yet to be revealed. If you want a deep dive into the thought process behind the SteamOS and Steam Box, look no further than the article linked below.