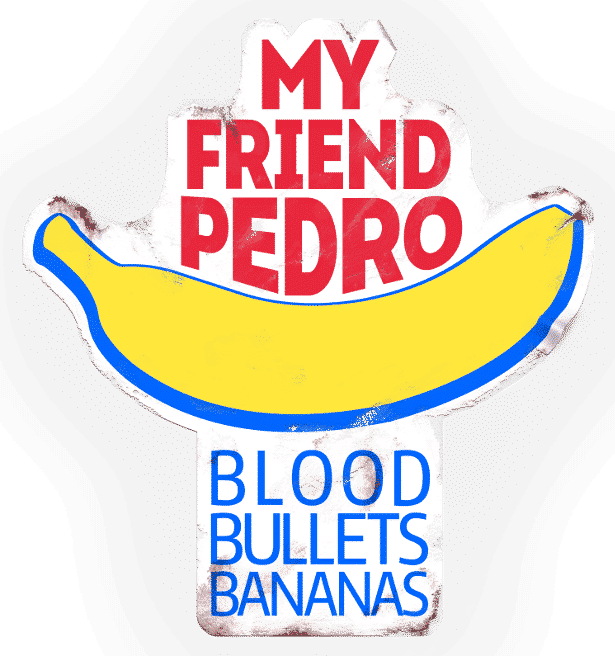 Right now in gaming news, My Friend Pedro: Blood Bullets Bananas is a #game currently in development by #DeadToast Entertainment. Hence the acrobatic platformer action coming to Linux, Mac and Windows PC. And the team has been running a DevLog through out a part of the #development. Which we have to admit, looks impressive, yet the more interesting gif’s are on Indiedb

So the player enters with gun in each hand, and time…slows down. While you spin through the air after back flipping over oncoming enemy bullets. In mid-air you squeeze the triggers. With the danger now neutralized. Hence Pedro, your friend, looks to be a flying banana, appears out of nowhere. Letting you know what the next step is in this acrobatic platformer. So you listen and find yourself in the middle of another dispute. Only this time solving it with blood, bullets and impressive acrobatics. Hence My Friend Pedro: Blood Bullets Bananas, because names don’t get weirder than that.

My Friend Pedro: Blood Bullets Bananas is pretty close to having a rough version of all the gameplay elements. However, development does not yet have a full release date. So from the gameplay trailer alone, the acrobatic stunts and overall gaming looks really interesting. Technically, it looks poetic. Although I hope there will be more variety in the levels. From what we have seen so far and even in the gif’s on Twitter. Gaming seems too easy’ish. Like a new genre, acrobatic platformer gunner?

The idea of Pedro’s world is that anything can happen and I can play around with ideas that would otherwise maybe break the setting of the rest of the game.

My Friend Pedro: Blood Bullets Bananas should have more attention the news. The whole style of gaming is something unique, and developed in Unity 3D. Yet the best part is still that cross-platform support for Linux, Mac and Windows PC. All coming soon, “There is no expected release date right now. ‘When it’s ready’, as they say.” So keep watching the via Steam page.