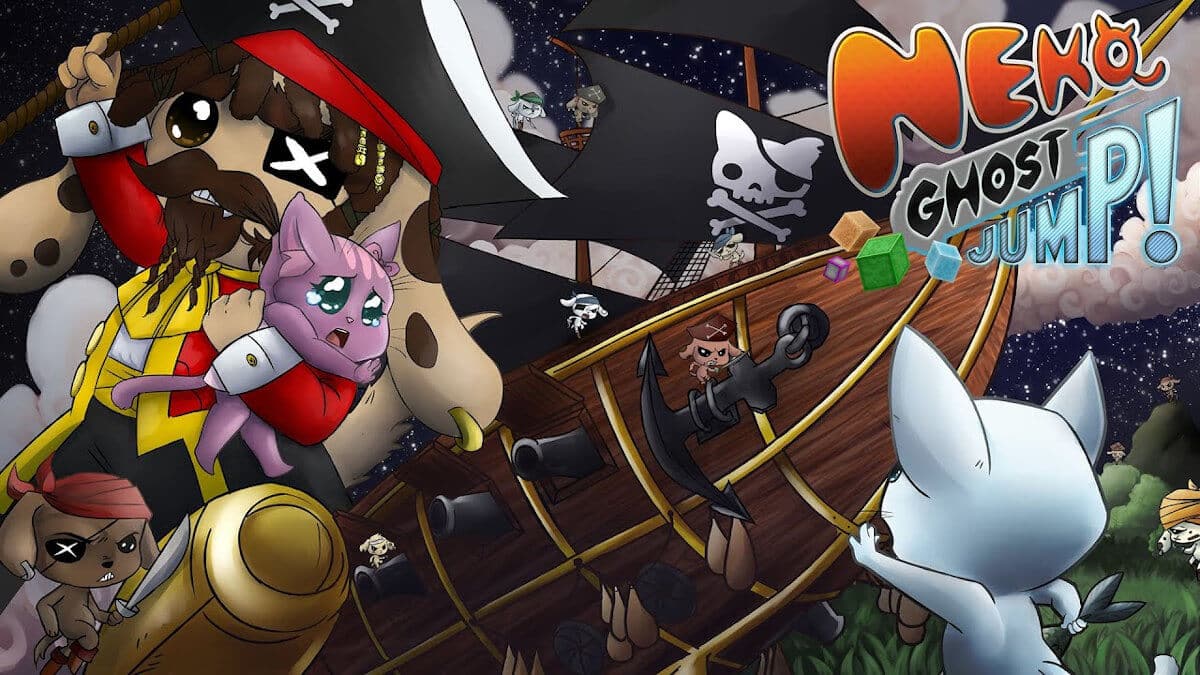 Neko Ghost Jump! Kickstarter puzzle platformer is a success for Linux and Windows PC. Thanks to creative developer Burgos Games. Due to arrive on Steam in January 2021.

The success of the Neko Ghost Jump! Kickstarter campaign with the support of 473 backers. The campaign also reached 133% of its funding for a total of $20,052 USD.

Neko Ghost Jump! Kickstarter for the puzzle platformer starring Nekoman. Due to take on a grand adventure to save his friends and family. Releasing them from the clutches of the evil Space Dog Pirates. Since players have the ability to switch between 2D & 3D camera perspectives. As well as between their physical and ghost forms to solve puzzles. So you can combat enemies and clear levels faster.

The Neko Ghost Jump! Kickstarter campaign lasted for 39 days. While reaching its funding goal of $15,000 USD in 28 days. Unlocking 2 stretch goals: “Limited Lives Mode” (Option for permadeath and save deletion). Also the “Lost World Biome” (5 new optional levels). All due to arrive on Linux and Windows PC. But you can check out the Prologue now which has native support as well.

Neko Ghost Jump! Kickstarter support for the pawsome puzzle platformer is a success. One that tasks players with saving Nekoman’s bride-to-be, friends, and family from the evil Space Dog Pirate Boss and his minions. This adventure will take Nekoman across several biomes. These range from grassy plains to snowy tundras. All the way up to sweltering deserts and beyond. Along the way, players will have to not only switch between 2D and 3D planes. But also between their physical and ghost forms. So you can defeat any baddies along the way as they pounce across a series of entertaining yet challenging obstacles. All due to test their spatial awareness one step further.

The Neko Ghost Jump! Kickstarter has run its gamut. Giving players an accessible family friendly affair to a formidable challenge for more masochistic players. Players will have the choice to use the playstyle they want to advance to later levels. Race against the clock trying to beat the speedrun time. Take your sweet time and collect all the coins in the level. Or maybe for those that prefer no-fuss all action, just whack your enemies into oblivion with the swordfish. Use the loot collected in each level to not only take some time off the clock. But also turn it in and customize Nekoman’s appearance with plenty of options available. Give him sweet specs, a dapper hat, or just some shiny bling!

Neko Ghost Jump! Kickstarter is successful with a full release coming in January 2021. Due to release on both Linux and Windows PC. 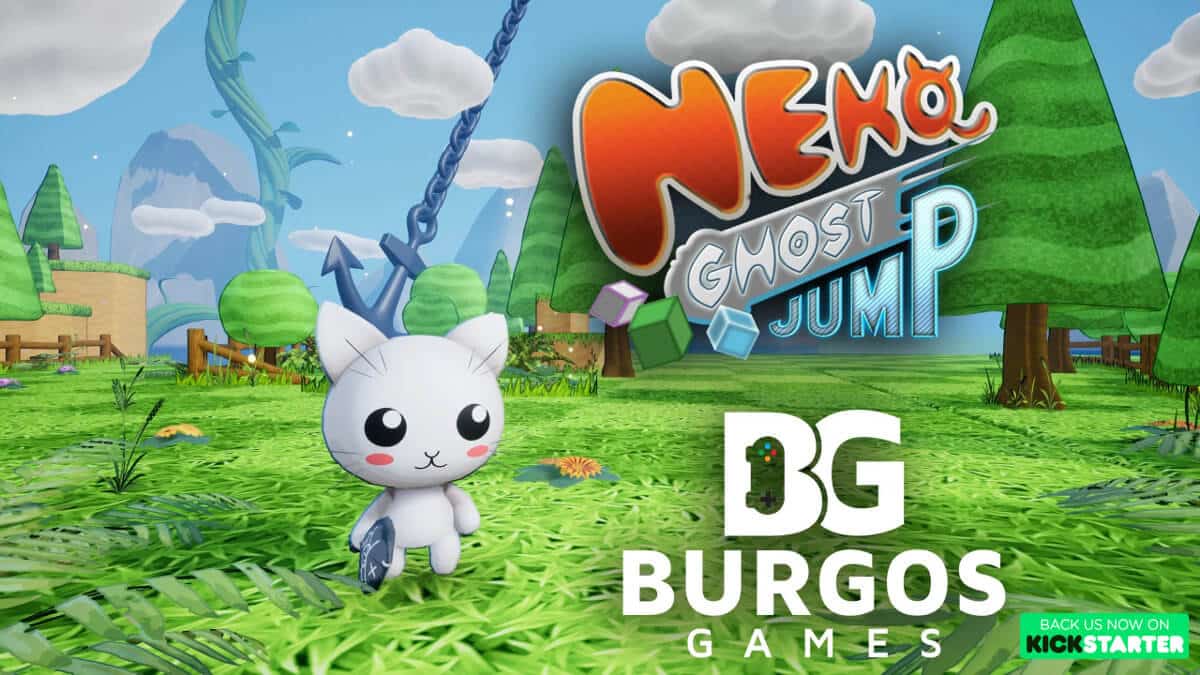 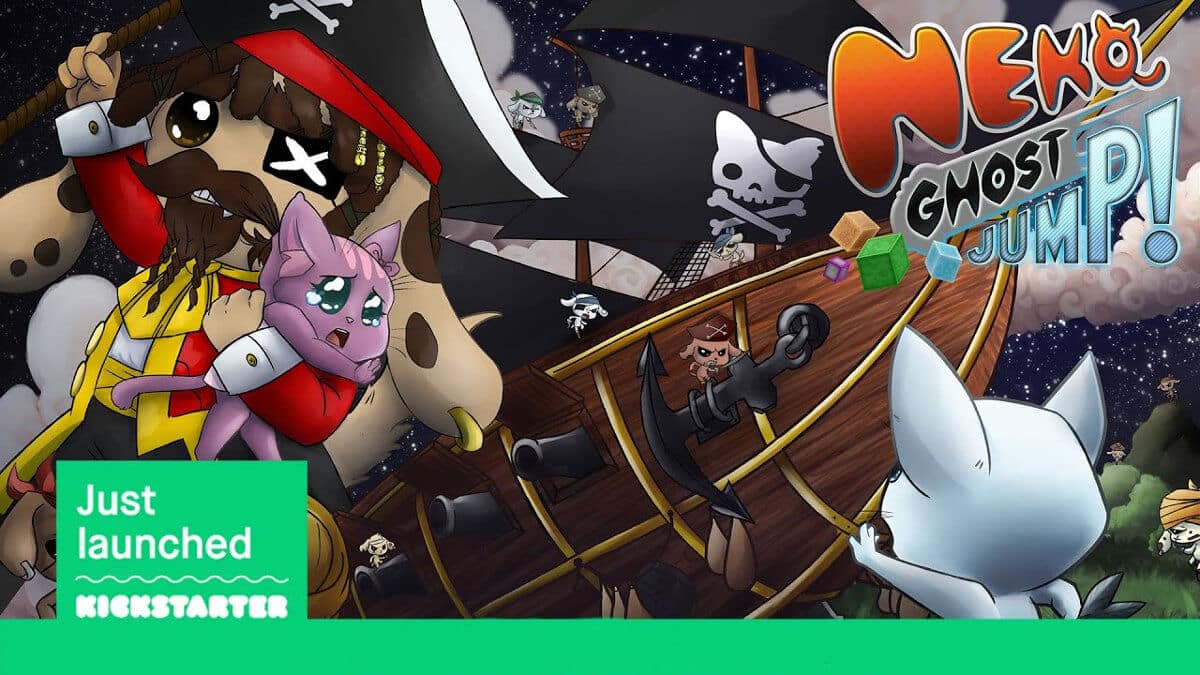 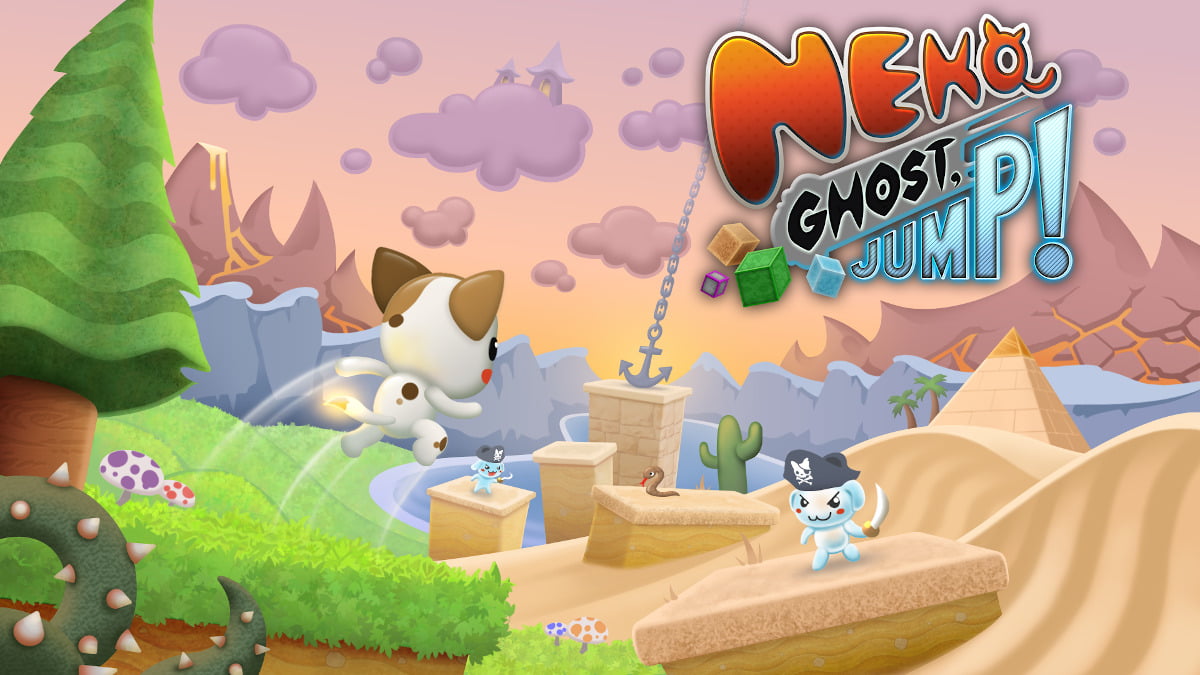