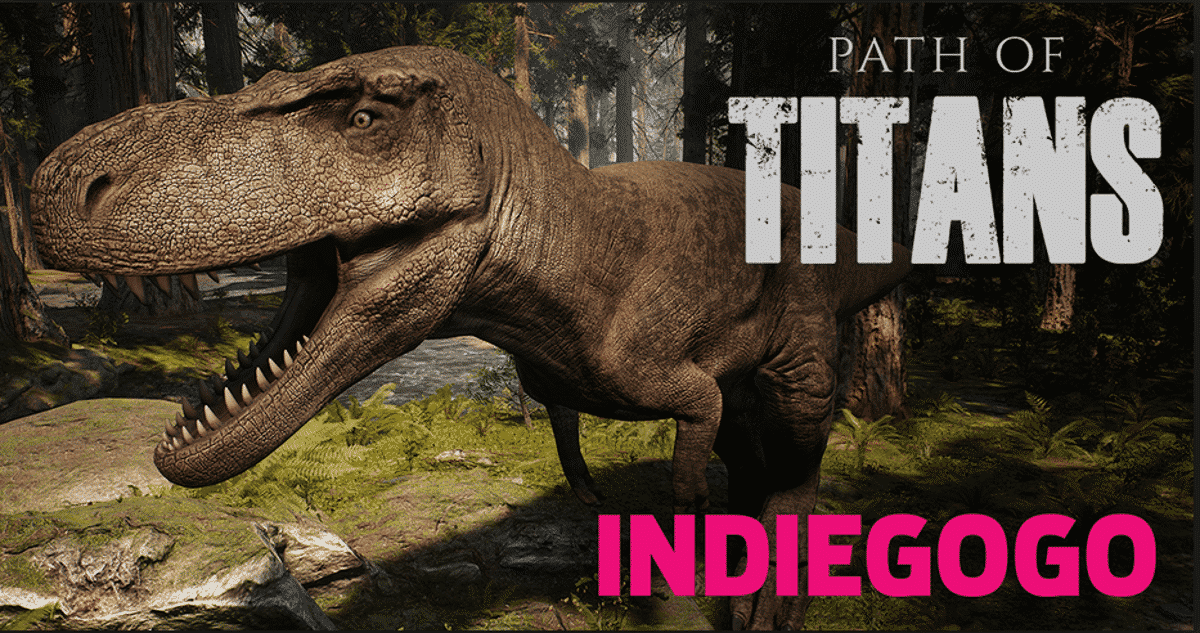 Path of Titans dinosaur MMO is getting closer to Linux, Mac and Windows PC. Thanks to developer Alderon Games. So it’s time to introduce the details behind the new game.


What the MMO gaming world is missing? What Alderon Games has brought to crowdfunding, is the answer to the question? Why can’t I play as a dinosaur in a dinosaur MMO?
So now enters the new Path of Titans game. Developed for home computers, consoles, and mobile devices. Which also still  going strong on Indiegogo. Where you will be able to play as a dinosaur in a rich ecosystem. This also includes complex AI creatures and up to 200 other players per server.
Dinosaur enthusiasts will also be able to explore the Path of Titans environment. Full of activities and natural events. While customizing your dinosaur to suit your play style.

From plant eating creatures like the Stegosaurus. All the way up to the giant T. rex-like Daspletosaurus. At launch there are over 10 playable dinosaurs to choose from. Since each dinosaur will have its own unique play style. Like the semi-aquatic Suchomimus that can snap up fish. While the speedy Struthiomimus can outrun nearly anything. This also gives players a huge variety of gameplay freedom.

The Path of Titans universe will expand through 2020 and beyond. The release schedule is slated for 15+ additional dinosaurs. And also several AI critters. Which are either crowdfunding stretch goals. Or backed by generous high value crowdfunding contributors. The development team also wants to thank all who contributed. Inviting dinosaur enthusiasts to join the community. Explore the full list of funded and future stretch goal dinosaurs on the official website.

Continuing to expand the trend of games being accessible. Doing so on any internet connected screen at any time. Path of Titans brings cross platform play. So that friends can game with one another no matter what device they might own.
All players will connect to the same servers. Which also means a seamless transfer for their characters. Switching from one platform to play on another. Currently supported platforms include native Linux, Mac, Windows PC. Also iOS, Android, and the team is currently developing a console support. Localization in near 30 languages. They are planning the global launch in early 2020.

Path of Titans is also under development with modding in mind. Since the games will support a huge amount of moddable functionality. Such as adding new creatures, maps, skins, sounds and game modes.
So once a player creates their mod. They can upload it to the Path of Titans “Cloud Cooker”. This will automatically build, package for other devices. Which also includes distributing their work to the community. So that anyone can enjoy their mod creation regardless of operating system or device.

The Path of Titans crowdfunding campaign began on July 16th. Reaching the campaigns 8th stretch goal in just 10 days. While receiving overwhelming support from the dinosaur gaming community. Their next goal to reach will reward expanded modding documentation. While spicing up their modding tools. Such as dinosaur 3D dinosaur model templates. Plus video tutorials and much more.

Path of Titans dinosaur MMO is worth following. The games coming to Linux, Mac and Windows PC. While the release date is set for February 2020. With a Pre-Release Access window expected to open during December 2019.