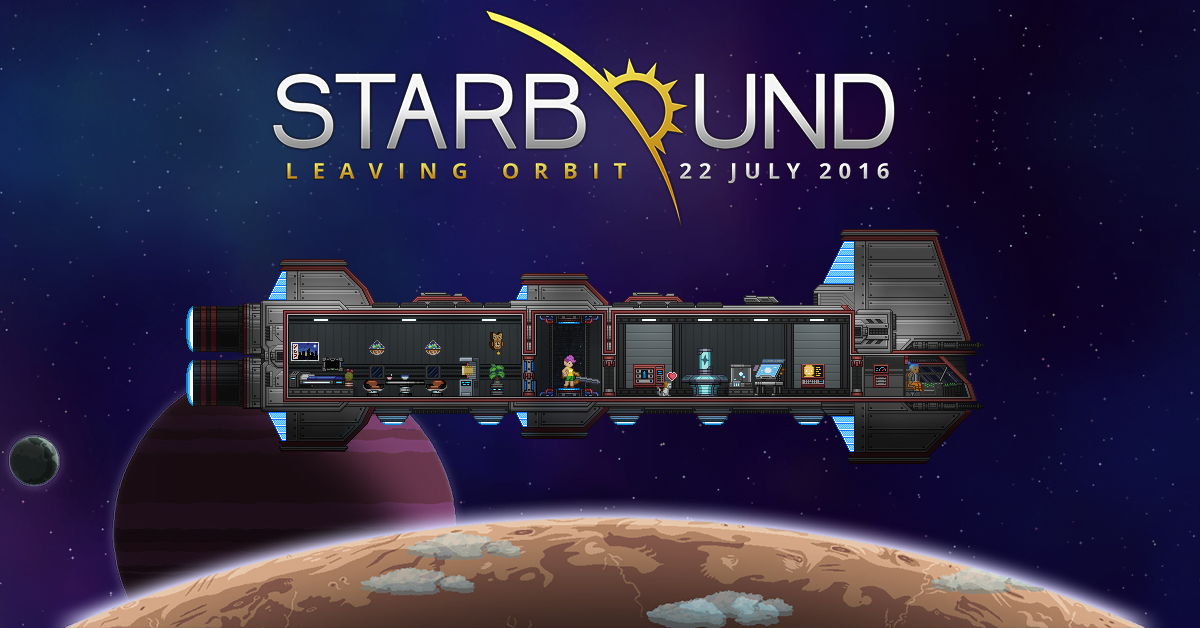 The procedurally-generated planet-based #adventure Starbound is #official 1.0 getting #released for Linux, Mac and Windows PC this Friday.

News of the full launch was floating around since April, which has also been announced on Steam. A very highly anticipated announcement, as Starbound beta sold over 1m copies in a month back in January 2014.

Even then Starbound was not on sale or particularly cheap, though developer Chucklefish was confident the release was polished enough to gain significant attention. “Starbound is already extremely playable and contains a vast amount of content, however we decided to release the game as a beta through early access to ensure the community gets a chance to help us shape the game,” the Chucklefish said at the time.

Here is the full announcement:

In case you missed it, Starbound is coming out of Early Access on 22 July, 2016.

After ~5 years, the game we set out to make finally exists, and to say that it all feels a bit surreal would be a massive understatement!

While Starbound will be finished in two weeks, this isn’t the end. We will continue to update and support Starbound for as long as we can. We’ve got loads of cool ideas we couldn’t fit into 1.0 but hope to put into future updates.

Thanks again for all your support over the years! You’ve stuck with us, and it means so much.

Look out for more info over the next couple of weeks.

Starbound will launch on on Steam this Friday for Linux, Mac and Windows PC. Hopefully we will see a viable discount at that time as well.

Starbound procedurally-generated adventure will launch on Linux, Mac and Windows PC this month