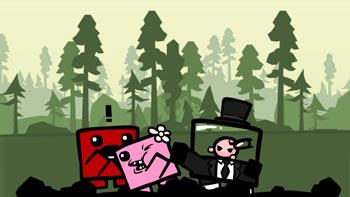 Super Meat Boy is three years old now and 80% off on Steam.

This piece of meat isn’t messing around. The “tough as nails” platformer Super Meat Boy launched three years ago, and to celebrate the three-year anniversary, the game is only $3 on Steam, and a much-needed updated for the Mac version and a new Linux version are available on Steam as well.

The announcement came from a post on Twitter from designer Tommy Refenes of Team Meat. The sale ends Nov. 8. The soundtrack is also 80% off, making it $1.19.

Super Meat Boy was initially launched on the Xbox Live Arcade in October 2010 and released for Windows PC a few weeks later in November. The game had problems working on a Mac, frequently crashing for users. Resolution problems were common as well. The Mac version went live a year after the PC version. The game has now been tested for Mac OS X 10.7 through 10.9.

Team Meat is working on its next game Mew-genics while taking a break from the next Super Meat Boy game. Mew-genics should launch sometime next year.

Super Meat Boy is one of those insanely difficult games that everyone should at least try once. Because the game is so difficult, using a controller instead of your keyboard is advised. The game has over 300 stages, warp zones that warp you into other games, unloackable characters from other indie titles such as Minecraft, Bit.Trip, VVVVVV, and Machinarium, and according to its page on Steam, “a story so moving you will cry yourself to sleep for the rest of your life.”