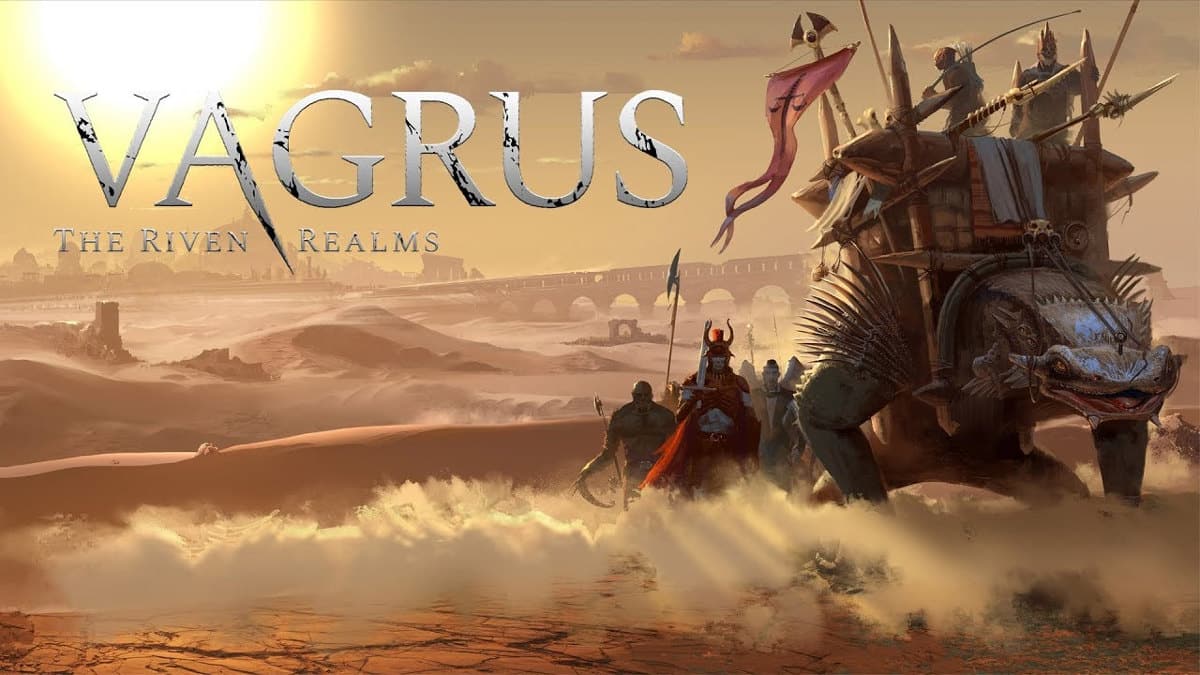 Vagrus – The Riven Realms turn based post apocalyptic fantasy RPG enters Early Access soon on Linux, Mac and Windows PC. Thanks to developer Lost Pilgrims Studio. Which is due to release tomorrow on Steam and GOG.


Vagrus – The Riven Realms builds on its ongoing Open Access campaign on Fig and Discord. Due to release tomorrow on both Steam and GOG. Which is also just weeks after its successful demo debut on Steam and GOG. The game enters Early Access with over fifty hours of playable content. Due to remain in development for at least 6 months. With a lot more to come for the 2021 full release. Vagrus and its world were born from decades of tabletop RPG campaigns. All played by the founders of Lost Pilgrims. Due to add to the game’s unique atmosphere and the richness of its setting. So expect a blend of Sunless Sea meets Darkest Dungeon. All taking place in a post apocalyptic fantasy world.

Vagrus – The Riven Realms is an RPG game with a story focus. Consequently, you can expect open world exploration and strong elements of strategy. The player takes the role of a vagrus. A caravan leader who strives to survive in a strange and dangerous dark fantasy world. While leading a traveling company on all kinds of ventures.

The player will meet companions who can join them. Since then are usually exotic beings. Such as half-demons, mutants, dragonkin, and undead. They can fill special roles in the caravan to aid the player in certain endeavors. Such as a scout master, guard captain, or beast handler. Companions also fight in turn based, JRPG style combat. Where great tactical challenges presented by horrific enemies can be overcome using skills and character synergies.

The setting of Vagrus – The Riven Realms is a post apocalyptic fantasy world. Due the dark and mostly desolate continent where life is cheap and resources are scarce. Likewise, the story changes dynamically depending on the player character. Including their ambitions and important moral choices. And simply the direction taken in this vast, sandbox world. Varied playstyles are certainly encouraged throughout the game. Want to be a trader who carries wares across leagues of deadly wasteland? Maybe a cruel mercenary captain who takes on jobs for the highest bidder? Or a plunderer of ancient ruins, seeking forgotten lore and forbidden treasures? You can do all of that and more in Vagrus.

Vagrus – The Riven Realms turn based post apocalyptic fantasy RPG enters Early Access tomorrow. Arriving on Linux, Mac and Windows PC. Which are due to release tomorrow on Steam and GOG. The base price will be $29.99 USd with a 10% launch discount, so $26.99 USD the first week.

***Steam and GOG keys can also be purchased via the Fig page for $25 USD during launch week.***