Astroneer to get a native release in Q2 2018

Astroneer the space exploration experience is coming to Linux in Q2 2018 via Steam. The games platform support plans are officially available in the Roadmap. Also discounted for the first time in the Winter Sale.

So a few days ago Astroneer revealed a few announcements. Brand new content in the “Research Update.” Also details about the launch into Alpha. The next Early Access phase of development. Which is also the first Steam Sale, celebrating the one year anniversary. Which is some very significant news.

Astroneer Roadmap to the Linux release in 2018 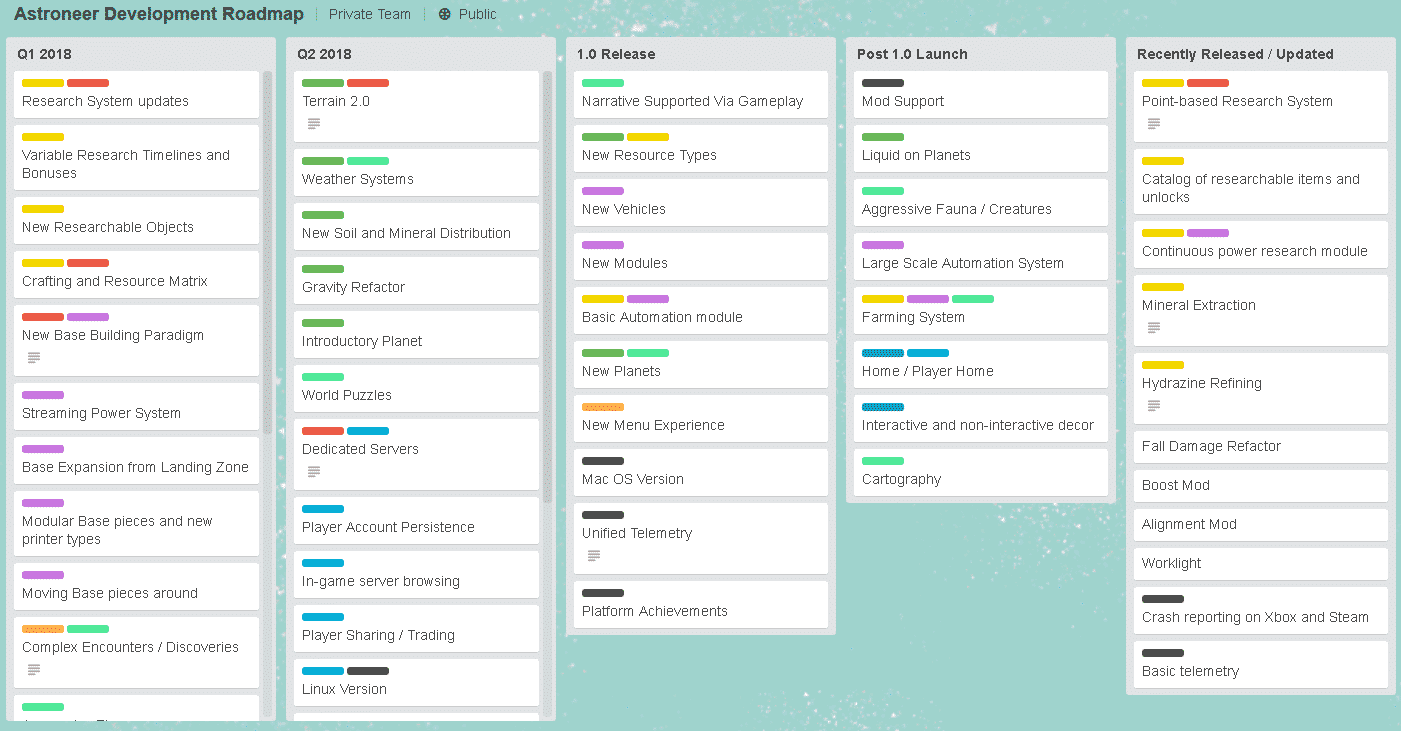 Also, keen observers will note, this means native support ahead of Mac. As well as world puzzles, terrain 2.0 and weather systems coming to Steam.

So the biggest takeaway from the move to Alpha. System Era Softworks will now be updating the game with new content. As well as features every month until the beta phase. Some of these new features will include dedicated persistent servers. More diverse terrain generation and planets. Also a completely new basebuilding system. You can read about all of these features and release windows in the roadmap.

This new Research Update also includes an entirely new way to play Astroneer. Now, using the new backpack Catalog and Research Chamber. Players can use Bytes to unlock the blueprints they want. And play the game their own way. This update also includes the first module that uses “streaming power.” As well as changes to resource colors and some under the hood performance changes. While we continue the ongoing effort to improve game stability.

Astroneer’s first ever Sale on Steam:

Astroneer and soundtrack si discounted 20% off in the Steam Winter Sale. Which is worth a buy, even having to play the Unreal Engine 4 release using Wine.