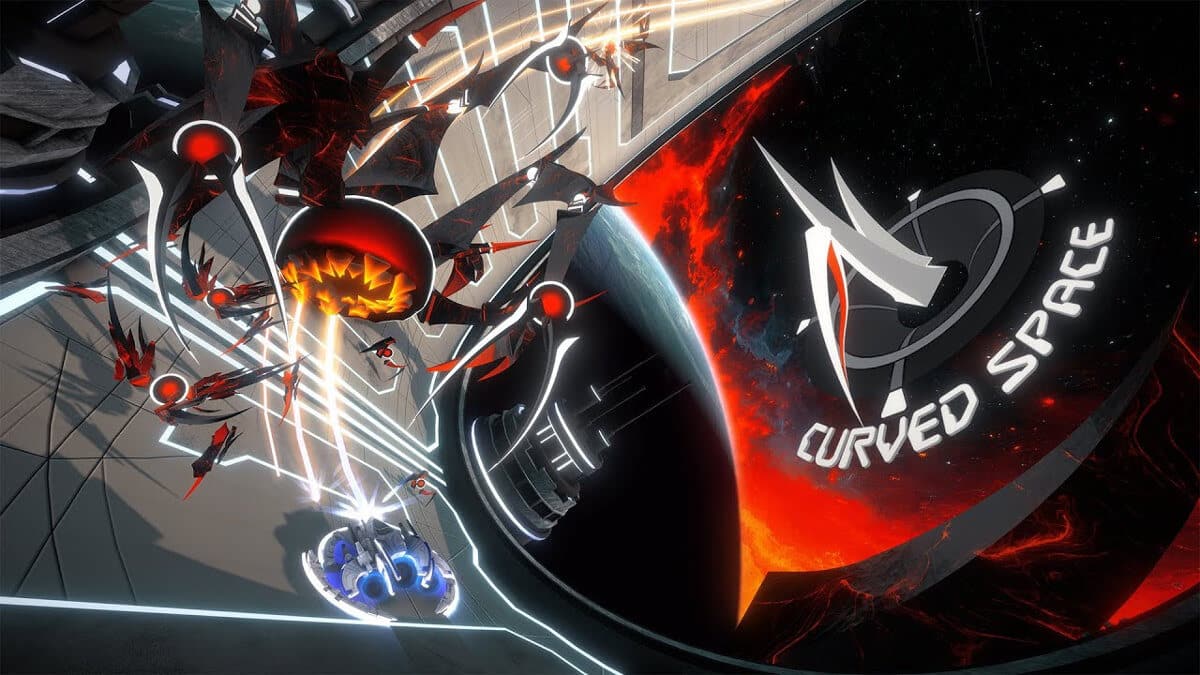 Curved Space arcade shooter now has a Windows PC Beta but also looks at Linux support. Thanks to developer Only By Midnight. Which already has a Steam page but you can also get into on the Beta now.

Curved Space is an intense arcade shooter. Where players battle cosmic energy spiders across warped, physics defying battlefields. While space stations and asteroids curve and loop around themselves. Up? Down? Who needs those when you’ve got a spaceship? Plus you also have guns and swarms of bugs to blast.

Only By Midnight cordially invite everyone to try out the open Windows PC Beta. Curved Space is a dizzying blend of third person and twin stick arcade shooter styles. The full game is due out this Fall on Steam. Including Nintendo Switch, PlayStation 4 and Xbox One. Lucky players can get a first taste of the synth-wave tinged neon fun to come today And also help shape its future. Players can try a demo on Steam. But you can also collect an access code. Then dive into the beta on the Only By Midnight Discord channel channel here.

If you haven’t played the demo yet “Curved Space is Unity based. Which means the game runs very well with smooth controller integration with Proton. So, “while there’s no formal Linux port planned.” Developer Only By Midnight “hope to look into a possible Linux release if time allows.” However, the development team is “only a two person studio.” Which explains why a formal port is not originally included on the Steam page.

The Curved Space beta version contains the first act of the story mode. While taking players through basic training. Plus several stages of spider wrangling action. All coming together in a massive boss battle. Beta players will also have access to a content restricted version of the endless Survival mode. For those who really want to put their ship through its paces.

Curved Space arcade shooter is headed to Windows PC. But also hopes solid hope for Linux support. To get yourself a taste of gameplay, you can check out the Steam Demo. But I’d highly recommend getting into the Beta from the developers Discord channel channel here.