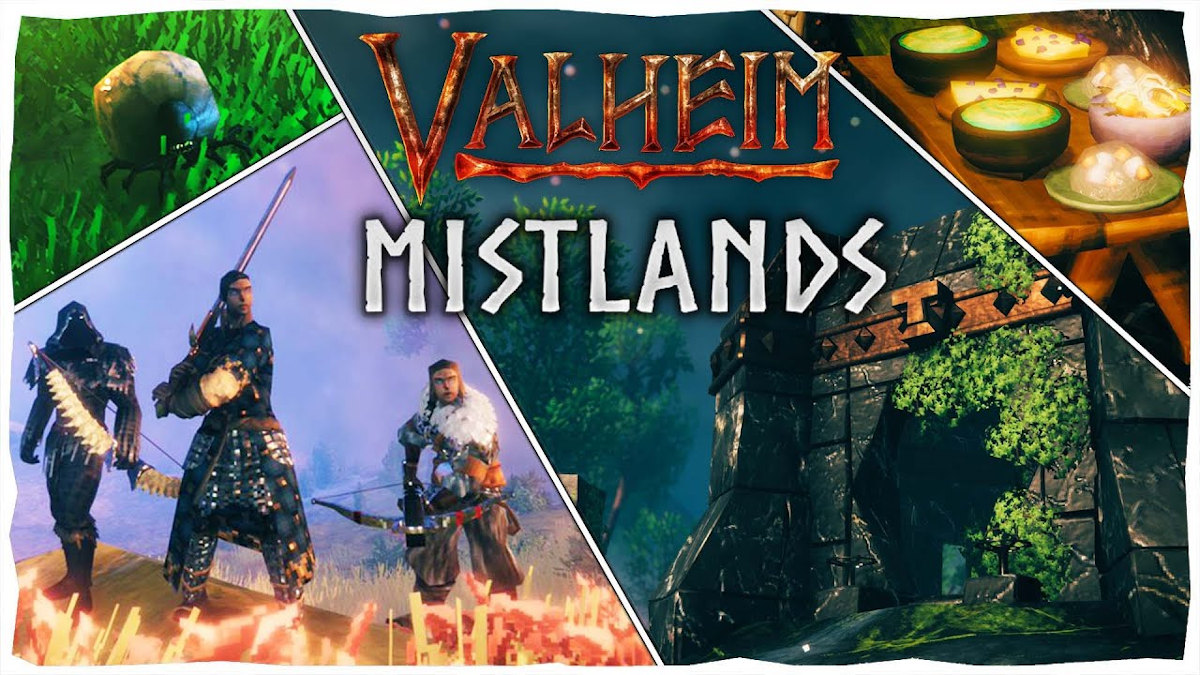 Mistlands public test hits Valheim to level up the game for Linux and Windows PC. Which is the result of the ongoing work from developer Iron Gate. Available on both Steam and Humble Store with a solid discount.

Coffee Stain and Iron Gate are beyond excited to share more about Valheim’s upcoming Mistlands biome update. Doing so in action packed new gameplay trailer. Chock full of new creatures, enemies, weapons, and building and crafting materials. Mistlands is the first expansion on Valheim’s biome system with a bevy of brutal settings additions. Which is also available now to try out in the game’s public test branch on Steam.

As revealed in the trailer, the new biome is shrouded in a mysterious mist. While full of all manner of deadly denizens to discover, and perhaps…a friend or two as well. Players can explore a series of untravelled locations due to gather new materials and seek out enemies. Including a fierce new boss, as well as the ability to craft a fresh array of weapons and tools.

And prepare to receive yet another blessing from the gods as Valheim’s new magic system enters the fray. Coming in Mistlands, players will be able to wield mystical staves. Doing so by consuming special foods containing the ancient substance Eitr. Letting you command Elemental and Blood magic.

The Mistlands update also comes with more wholesome exploits. A deluge of new crafting materials and furniture recipes to build a better homestead. In addition, coastal viking settlements can enjoy an overhauled fishing system. Players can sit peacefully by the water to reel in a school of fresh fish types. Then cook up a storm with the latest meals and potions.

Due note: This update is for the Public Test branch of Valheim. Which may therefore be unstable.
Before launching this update to the Default version of the game. Iron Gate wants to make sure to have a chance to discover bugs and adjust the balancing. Due to giving players the best game experience possible.

By right clicking Valheim in your Steam library, and then select ‘Properties’. In the new window, select ‘Betas’ and type in the code “yesimadebackups”. The Mistlands Public Test branch should now be available for you to choose from.
Be aware that there might be some minor offsets between the Steam version and the Game Pass version. Depending on how you are playing the game. But Iron Gate is aiming to keep the two as consistent as possible.

Valheim’s most enigmatic biome yet, Mistlands lies in wait for players to explore. For those wanting to delve into Mistlands’ mysteries as soon as possible though, delve into the public testing branch before its full launch. You can take part in the testing of Mistlands by following the instructions.

Mistlands public test is available for Valheim. If you do not own the game yet, there is a 30% discount on Steam and Humble Store right now. While the developer continues to support Linux and Windows PC. Plus the game is also Steam Deck Verified.