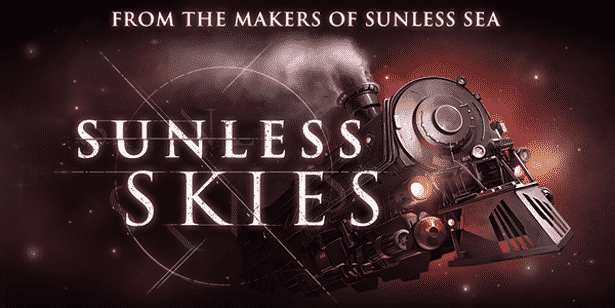 SUNLESS SKIES the gothic horror RPG launches in Linux, Mac and Windows games. Also the follow up to SUNLESS SEA. Officially available on Steam, Humble Store and GOG. Including a reasonable discount.


SUNLESS SKIES is an RPG with a focus on exploration. Also delicious storytelling. Meeting its initial Kickstarter goal of £100,000 in 4 hours. Then entering Steam Early Access and GOG Games in Development in August 2017.

SUNLESS SKIES is about the price you pay for curiosity,” says Narrative Director Chris Gardiner. “It unfolds a world populated with deep, dark stories. That lure you on, but leave their mark.

“It’s an alternate history. Where Queen Victoria has rebuilt London in the heavens. But this isn’t space as we know it. This is a windy celestial wilderness. Littered with offshoots of empire and ruined libraries. Also rebellious enclaves, distressing monsters, and domains of the dead.”

In SUNLESS SKIES, you are the captain of a steam locomotive. While filling an existence from port to port with your crew. Smuggling and trading where you can. Hoping to find wealth, fame or the truth. Why are the stars going out?

SUNLESS SKIES follows the indie hit SUNLESS SEA. Although it’s not necessary to play SUNLESS SEA. Since the games about embarking on an expedition into the skies. This is after all a unique gothic horror RPG. Holding a solid 86% Very Positive review score on Steam. And justly so.

Creative Director Paul Arendt says: “We’ve been delighted and humbled by the success of SUNLESS SEA. Feedback from our community of players has helped us to make SUNLESS SKIES even better. More accessible to newcomers. Without sacrificing the unique atmosphere of wonder and dread.

“Stories lie at the heart of all our games. You spend a lot of time in SUNLESS SKIES reading. So we’ve invested effort into making the reading experience more of a pleasure. We’ve brought depth and dimension to our 2D world. With a much wider palette of moods and locations. Combat is almost balletic: you can strafe, spin and chase down enemies. Each of them has specific motivations and fight styles.

“I’m delighted with this game. I sincerely hope that everyone who tries it will have an experience. One that also stays with them for a long time.”

Since SUNLESS SKIES officially launches the gothic horror RPG. The games also $22.49 USD, including the 10% discount until February 7th. Available now on Linux, Mac and Windows. So it’s your choice Steam, Humble Store and GOG.