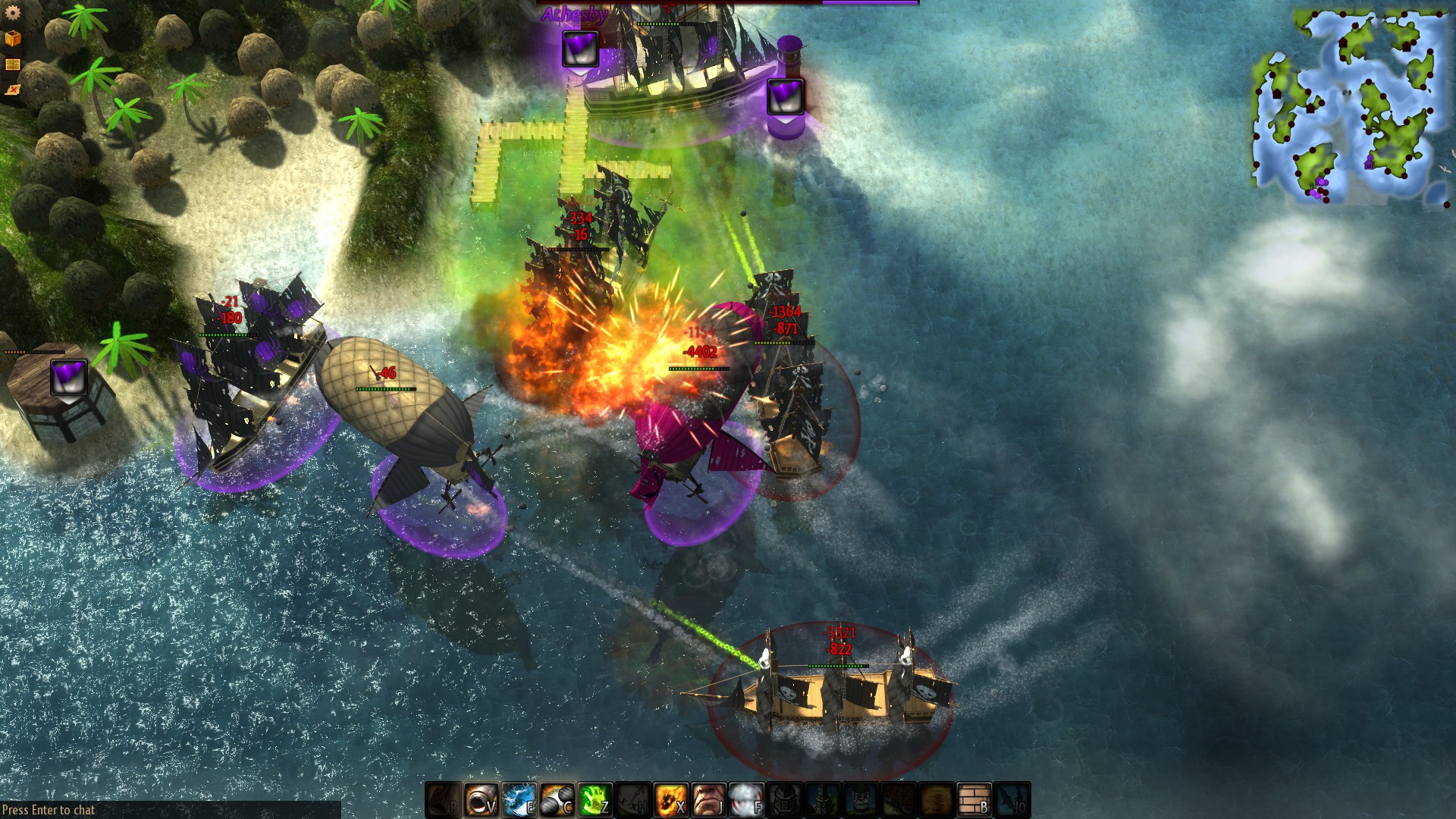 Windward is an action-oriented, procedurally generated, co-op game, singleplayer, co-op, and multiplayer, for Linux, Mac and Windows PC. The gameplay start by generating a procedural world that will be unique to you, then sail forward fighting pirates, trading with towns, doing quests or simply exploring.  Find useful resources, ship upgrades, new towns asking for help, while pirates attempt to take what’s rightfully yours. Combat experience will unlock new talents and abilities, giving you more of an advantage over foes.

As you take up consignments with towns and fulfill their production shortages, the towns will grow, offering more quests, more resources and better items. As the towns continue to grow they will offer you a choice to upgrade your ship itself. Would you prefer a fast Schooner to explore the world, or a heavy Galleon that’s able to take up 5 consignments at once? Or perhaps a massive Ship of the Line to take the fight with the pirates to their heartlands?

As you explore the world and get farther away from your starting area, the game will become progressively more difficult — but so will the rewards. Throughout all of this you can expect the pirates to put up a fair fight, as the AI is bound by the same rules as the player: they have sight, and must explore the map before they can know what’s there.

As gameplay progresses, players gain access to difficult regions of Windward‘s procedurally-generated map, always features new challenges and rewards. But if the game gets too difficult, Windward can be played in cooperative. Check out the Windward “let’s play” above to get a better idea of what you can expect. Do note the video was released with the first Early Access build, so features have improved.

Windward is currently available for Linux, Mac and Windows PC via Steam Early Access. Expected to make an official debut on May 12, 2015.