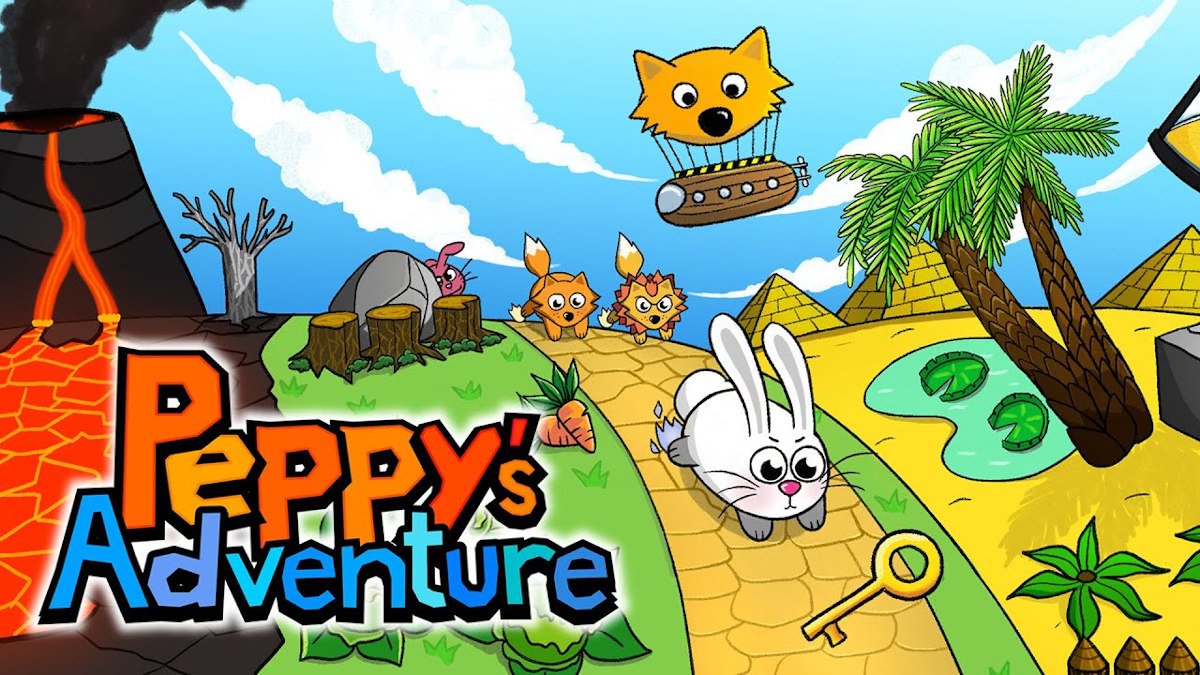 Peppy’s Adventure action puzzle game coming soon in Linux gaming, Mac, and Windows PC. Thanks to French developer Pepite Studios SAS. Who are getting ready with their first game, which is coming to Steam.

Peppy’s Adventure will be launching in Linux gaming, Mac, and Windows PC this summer. Initially available on Steam.

Peppy’s Adventure is a 1-screen, top down, action puzzle game. All while using directional inputs for control. Where you play as Peppy, a bun shaped bunny, on a journey to rescue the village younglings. Due to the evil clutches of the Hooded Fox. As you pursue his airship from world to world, you will also have to solve your way through short challenging levels. Doing so as fast as possible facing an army of reckless foxes.

Peppy is control will be in a grid style pattern. So things like precise inputs and fast thinking are key to progressing further. With a fast paced die and retry mechanics. The game certianly spurs on players to experiment with different ways to solve levels. All by exploiting the foxes and taking risks in order to optimize their records.

Peppy’s Adventure mixes retro gameplay and 16-bit inspired soundtrack. Along with original sharp sprite based graphics and a colorful palette. It features simple 2D animated elements and multi-themed tilesets. Similar to that of retro console games.

The initial Peppy’s Adventure release will feature 6 worlds and 126 levels. New worlds will be released with free updates on a regular basis until completion of the storyline.

Founder Lionel commented: “We had a lot of fun developing this game and finding the best routes and optimizations for each level. We can’t wait to see if players can top our 4-stars records.”

Founder Stephane commented: “We’ve always been focused on making a game accessible to everyone, but the unique hand-made puzzles and the gameplay make it challenging to anyone who wants it, we’re excited to see people playing it.”

Peppy’s Adventure action puzzle game is due to arrive this Summer. Along with support in Linux gaming, Mac, and Windows PC via Steam.