The independent game developers from Australia specialize in game applications for PC, console mobile devices and web browser games. With focus on creative gameplay and unique fun titles they earned download of over 1,500,000 since 2008. Blowfish Studios also teamed up with Alienware for a limited quantity one of a kind theme pack. 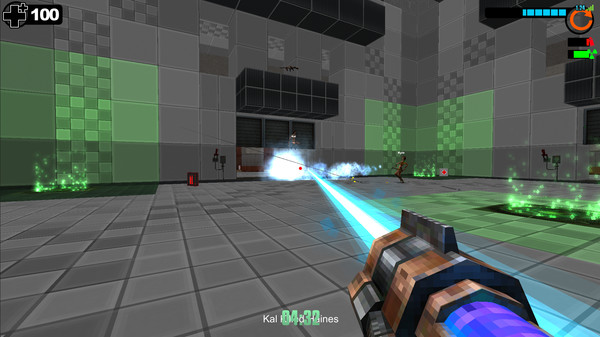 Gunscape is an FPS construction kit, a mash up favored classics of amazement that can be played and shared with others. Inspired by FPS shooter Doom, Blowfish Studios decided to take all the most memorable elements and place them in a toolkit, easily used and combined as the player sees fit.

A block-placement interface everybody’s already familiar with are used to create single-player campaigns, co-op maps and multiplayer arenas and there is also a functionality to share creations with others. Instead of building the game from scratch, players build their levels withing an already existing game customizing it with a large selection of weapons, enemies and level elements that are combined together.

Game themes range from early shooters like Doom and Wolfenstein to stealth and war games. Everything is unique with its own building blocks, player models, enemies, bosses, music and special elements. Ranging from doors to elevators, teleporters, lava floors, deadly laser emitters and spike traps. An an arsenal of 38 weapons are planned. Time honored classics like bombs, bats, swords, flamethrowers, chainsaws, rocket launchers, but we apologyse, no turkey basters. Blowfish Studios expects Gunscape to have 8 themes, 16 player avatars, more than 20 enemies and 4 multiplayer match modes at beta.